Jameson Taillon Fired Up After Being Traded To The Yankees - uSports.org 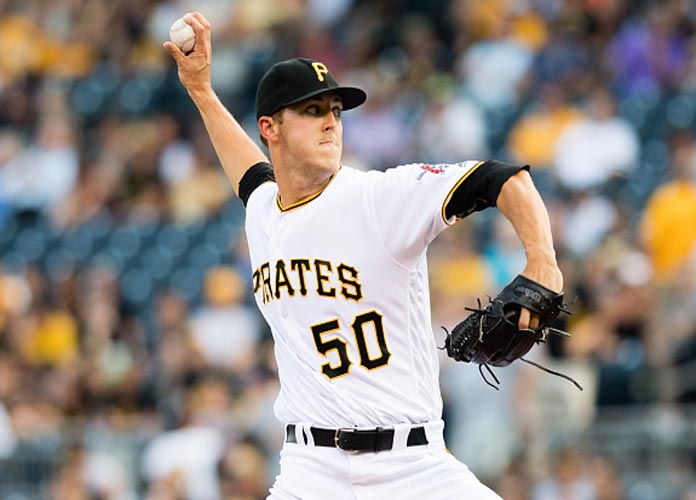 PITTSBURGH, PA - JULY 19: Jameson Taillon #50 of the Pittsburgh Pirates delivers a pitch in the first inning during the game against the Milwaukee Brewers at PNC Park on July 19, 2016 in Pittsburgh, Pennsylvania. (Photo by Justin Berl/Getty Images)

Jameson Taillon was preparing to take on a veteran role for the Pittsburgh Pirates this upcoming season. Taillon was ready to be a mentor for the young core of pitchers in Pittsburgh. What he did not expect was to be traded to the New York Yankees. Now he will be an essential piece of a contending team.

Taillon opened up about his expectations before he was traded to the pinstripes.

“I kind of wrapped my head around the fact that if I was with Pittsburgh this year, I would be in that mentor, help-the-young-guys role,” Taillon said. However, he is no longer on a struggling team and will now pitch for the greatest baseball franchise of all time. “Now, I’m totally switching gears. Every pitch I throw this year is going to be super meaningful,” he added.

Aside from being on a World Series contender, the former Pirates pitcher is also now reunited with his friend and star pitcher Gerrit Cole. Cole was drafted by the Pirates and played for them from 2013-2017. The two became fast friends while playing in Pittsburgh together. Taillon said, “We used to dream of coming up through the Pirates system together and doing some great things. Unfortunately, we never completely hit our stride together.”

The right hander went on to compliment his new teammate, “He’s obsessed with getting better and making people around him better, he’s super passionate about that.” Taillon continued to vocalize his excitement about the opportunity. “So for me to go to an organization like the Yankees and learn from the guys around me, then having a friend and a guy I really look up to like Gerrit help me along and be a big part of what I’m doing, that’s exciting.”

The pitcher capped his final remarks about joining New York with more motivation to win. “I just feel like I’m at a point in my life and career where I’ve put in so much work to rehab this and come back and reinvent myself that I’m just so friggin’ fired up to get to pitch for a winner and get to pitch in super meaningful games,” he said.

The Yankees open up their Spring Training schedule against the Detroit Tigers on February 27.