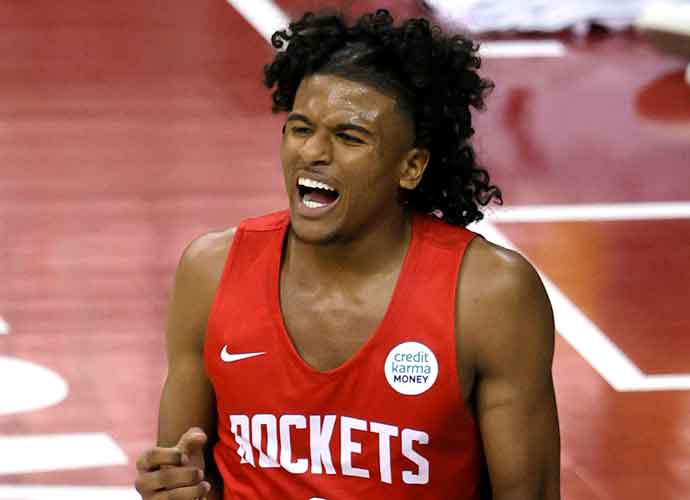 LAS VEGAS, NEVADA - AUGUST 08: Jalen Green #0 of the Houston Rockets reacts during a game against the Cleveland Cavaliers during the 2021 NBA Summer League at the Thomas & Mack Center on August 8, 2021 in Las Vegas, Nevada. The Rockets defeated the Cavaliers 84-76. NOTE TO USER: User expressly acknowledges and agrees that, by downloading and or using this photograph, User is consenting to the terms and conditions of the Getty Images License Agreement. (Photo by Ethan Miller/Getty Images)

Green spent last season playing for the Ignite in the G League and declared for the 2021 NBA Draft. Green was drafted by the Rockets with the second pick. Using his experience from the G League, he was able to make an impressive Summer League debut. Green scored 23 points, five rebounds and two assists in their 84-76 win over Cleveland. Green shot 9 of 18 from the field. The guards’ 23 points led all the starters.

What a debut for @JalenGreen. 🚀

“The ultimate goal for the G League Ignite was to be a pro and learn the game as much as we can before we head up to the NBA,” Green said after the game. “I think we accomplished that. We learned how to be a pro on and off the court. I think I showed it tonight.”

Green sure accomplished that with his scoring in the first game of the Summer League. Fellow teammate Alperen Sengun also shined in the game. Sengun recorded a double-double in the game. Sengun was the 16th pick of the draft by the Oklahoma City Thunder and traded to Houston. The Turkish player scored 15 points and brought down 15 rebounds in 27 minutes played. He also had four blocks in the game.

Alperen Sengun sends it away for his fourth block of the night! #NBASummer pic.twitter.com/5PFDCaZnix

The Rockets were without guard Armoni Brooks, who was out due to COVID-19 protocols.