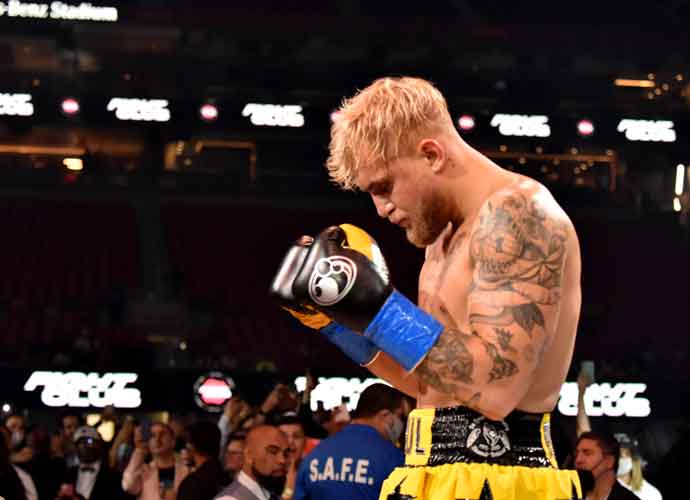 A boxing pay-per-view card scheduled for Aug. 6 at Madison Square Garden featuring Jake Paul and Hasim Rahman Jr. has been canceled due to a weight issue involving Rahman. The heavyweight boxer initially agreed to fight at 200 pounds but notified Paul’s Most Valuable Promotions (MVP) Saturday that he planned to weigh 215 pounds.

#PaulRahman has been cancelled. Refunds for all ticket and PPV purchases will be provided. Full statement below. pic.twitter.com/thnjyjUEMT

In a release from MVP, Paul’s team explained that Rahman signed an agreement on July 5 that he would weigh no more than 200 pounds on the night of his fight against Paul on Aug. 6.

“Since weighing in at 216 lbs on July 7, Rahman and his camp have offered assurance after assurance publicly and privately that he was on track to make weight … going as far as to provide a letter signed by a recognized nutritionist that his weight cut was progressing without issue,” the statement said.

Despite Rahman’s agreement to cut his weight to 200 pounds, he still remained 215 pounds with less than one week remaining before the fight. MVP claimed that Paul and his team attempted to compromise, offering Rahman a fight at 205 pounds. The fight was canceled after Rahman’s team disagreed to those terms.

“MVP and Jake Paul will not reward someone that has conducted themselves in such a deceiving and calculated manner,” the statement said.

Following the cancellation, Rahman has been very vocal on Twitter, arguing that it wasn’t possible for him to lose the weight necessary to compete. He also blamed Paul for canceling the fight.

“Why am I weighing in two and three weeks before the fight? I didn’t even get a chance to hit the scale on Aug. 5 like the contract said. How the fight off on me when THEY canceled the event,” Rahman said on Twitter.

Though the two main event fighters have been at the center of attention, many other fighters are affected by the cancellation. Three other matches were supposed to occur in Madison Square Garden on Aug. 6, including a co-main event between unified women’s featherweight champion Amanda Serrano and Brenda Carabajal. But without Paul and Rahman, the event is no longer feasible from a promotional standpoint. MVP confirmed that all tickets and pay-per-view purchases will be refunded.