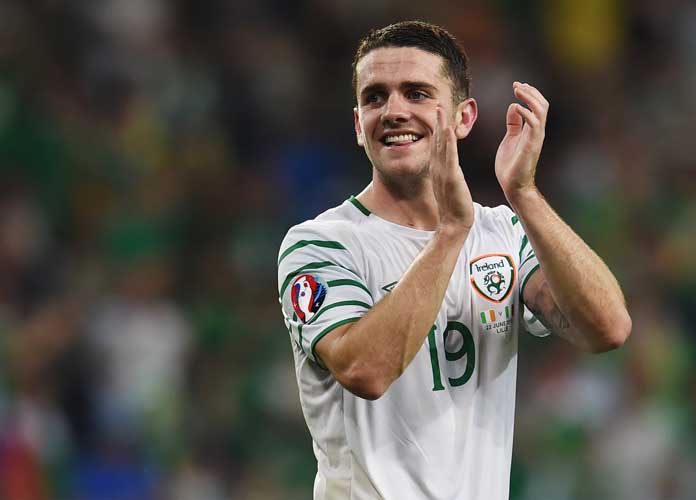 Twenty two years ago this week Ireland faced Italy on American soil at Giants Stadium during the 1994 World Cup.

Since, the rosters have changed over generations, and the venue has changed as well.

But the result is identical.

Ireland defeated the Azzurri Wednesday, 1-0, sending the Irish through to the knockout stage of Euro 2016 for the second consecutive time and third since 1988.

The winning blow came from Robbie Brady in the 85th minute when Wes Hoolahan played a picture perfect ball into the penalty area where Brady headed it home beyond the reach, or reaction, of Italian goaltender Salvatore Sirigu.

Just minutes earlier, it appeared that Hoolahan would bear the title of goat.

In the 83rd minute, Hoolahan, a 5-foot-6, 34 year old midfielder, found himself all alone with Sirigu from eight yards out.

The “Irish Messi,” as he has been dubbed by the German press, did not quite live up to the nickname. Instead, he rushed his shot at victory, driving the ball directly into the goalie’s shinguards and Sirigu turned him aside easily.

It appeared there would be no second chance as heads began to hang in the sections of green-clad Ireland fans.

But Hoolahan placed a perfect touch on the crown of Brady’s head and the rest is history.

Ireland improves to 2-1-3 against Italy in the last six meeting between the two sides. Italy still wins the group and they advance to play Spain in the knockout stage.

The Irish have earned a tough draw as well in their next match. Host nation France will be Ireland’s next opponent on Sunday.