How Do The Patriots Collapse? A Comprehensive Study Of Alex Guerrero, Tom Brady & Rasputin - uSports.org

How Do The Patriots Collapse? A Comprehensive Study Of Alex Guerrero, Tom Brady & Rasputin

Every year, there’s the inevitable cry of the Patriots demise. It comes twice a year, after one early season loss and then once more in the postseason. The downfall will eventually come, I’m sure of that. But how could you know when? It turns out, there’s only one other dynasty in the world similar to New England’s. After two months of hard investigative reporting, I’ve come to a conclusion. Grigori Rasputin has either been dead for 102 years now or he’s part of the medical staff in Foxboro, Massachusetts.

Of course, one of these theories seems much more likely. Given that the claims of Rasputin’s death include him getting poisoned, shot multiple times, clubbed and then finally drowned, they tend to be unreasonable. And because I have neither the know-how or access to Rasputin’s body, I’m going with the Foxboro theory.

Why? Because these are the same stories. There’s a spouse who’s cold and aloof in each one. They’re both dynasties. Foxboro has a magical healing holy man just like the Romanovs did. But there are differences. In the second coming, the couple, Tom Brady and Bill Belichick, aren’t very much in love. It’s almost a miracle they’re together. But miracles are common for mystical holy men like “body coach” Alex Guerrero. Even his most ardent supporter would shoot down his claim of “an effective treatment, cure, and preventative for cancer, heart disease, arthritis, and diabetes.” They’d admit that his doctorate degree is a master’s in Chinese medicine from a college in California that no longer exists. That, yes, the FTC has barred Guerrero from ever referring to himself as a doctor. But that didn’t stop him from apparently “healing 192 terminally ill patients” and raking in about $18 million off of a snake oil product, Supreme Greens. There is debate over almost everything Alex Guerrero has done. But there are two things that everyone hones in on.

How much power does Guerrero have in New England? When does their reign end? But a third debate, is he Rasputin, has yet to be discussed. That’s the most important question.

For the first debate, Guerrero has an absurd amount of power. The second is more complicated. Dynasties have always fall.What goes up must come down. The only question is if Guerrero is the Rasputin of the NFL’s Russia. The third question, if it’s a yes, answers the second. In belief, it is.

Alex Guerrero is unique. His story begins with him suddenly popping up in the home of two time Pro Bowler Willie McGinest because the Patriots “wouldn’t let [Guerrero] in the building.” He seems to be nothing more than a drunkard that wandered into the palace, complimented Tsar Nicholas Romanov, and then got the right-hand man position. Except in this case the Tsar, head coach Bill Belichick, wants him gone and he stays.

Who’s stuck around in Foxboro besides Brady, Robert Kraft, and Belichick? No one. Has anybody besides them stayed? Never. Not Nate Solder, not Wes Welker, not Jimmy G, hell, Gronk almost got traded off before this season. In every case, a player’s gone as soon as one of the three wants them out. But Alex Guerrero sticks around, wielding some unknown power, similar to a drunk monk from Siberia at the turn of the century. I’m not sure that Guerrero is actually Rasputin reanimated. The closest we got to that was with Anastasia in 1997. But I do think they fulfill similar roles, take similars paths, and will have a similar effect on their surroundings.

In 1905, Rasputin meets the “Black Princesses”, one of whom had married the Tsar’s cousin. Before this, he’s a drunk who wanders around Siberia yelling out religious gibberish. Rasputin suffered from “a long history of financial troubles and legal entanglements,” the exact same words that The Boston Globe uses to describe Guerrero. Now, he’s got a platform in St. Petersburg, a city that’s dark and cynical and falling for the occult. It’s the perfect place for him.

Consider that Guerrero gained a real platform when he first met McGinest. Yes, before McGinest, he was working with track athletes but those aren’t the NFL. This is a foot in the door. This is a gateway to the most shrewd team the NFL has ever seen, a team that takes any advantage it could.
Later in 1905, Rasputin meets the Tsar and his wife, Alexandra. In his diary, the Tsar wrote how that day he and his wife “made the acquaintance of a man of God.” I can only imagine that Brady wrote the same thing when McGinest introduced the two.

If you know anything about Rasputin, you know that he soon found a spot as a healer to the Tsar’s son, Alexei. Alexei is the heir to the throne. He’s also got hemophilia which is the exact opposite of what you want in a leader. Now, Tsarina Alexandra is an incredibly religious woman. She turns to God after she gives birth to four girls. Then, she gives birth to this hemophilic heir and falls face first into religion. Rather than saying “Wow, maybe since I’m the granddaughter of Queen Victoria and was born a German princess and now I’m a Russian Tsarina, there’s a ton of inbreeding going on”, she chalks it up to not being devout enough.

Guerrero is Brady’s personal trainer and right-hand man. After the 2006 season, he’d first work with the quarterback on a groin injury. I’ll give you that it’s not exactly his son but in this case it’s the closest we’re gonna get. Brady has a chip on his shoulder from being a sixth-round pick. In 2011, he was still crying over being the seventh quarterback drafted in 2000. He also thinks that he’s causing his injuries rather than just playing a game that’s incredibly brutal. It’s ingrained in his mind that he has to look for any advantage he can.

Both Alexandra and Brady are incredibly susceptible to flimflam men because of their beliefs. One thinks that prayer solves everything. Another sees hard work and gaining an edge as the only path to success. And so Rasputin and Guerrero enter their lives.

In both cases, time passes before anything major happens. Both Rasputin and his sequel are waiting in the wings for their chances.

Then in 1907, the Imperial family first asks Rasputin to pray for the Tsarevich. He recovers the next morning. After that, Rasputin is the kid’s guardian angel. When the Romanovs go to Poland for vacation in 1912, he saves their hemophilic heir when he’s almost murdered by a bumpy carriage ride. It aggravates a hematoma he got over a month ago. The kid’s near unconscious, his heartbeat drops, and he gets his last sacrament. Alexandra, after not leaving his bedside the entire week this is going on, sends a telegram to her bud Rasputin. Old Greg is likely shitfaced in Siberia. He ain’t coming. Instead, he sends back a telegram reading, “The little one will not die. Do not allow the doctors to bother him too much.” 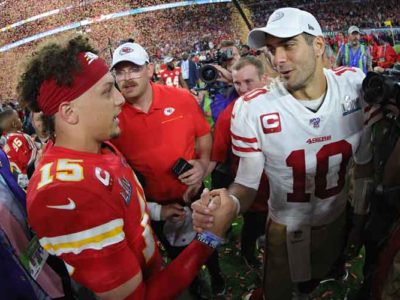