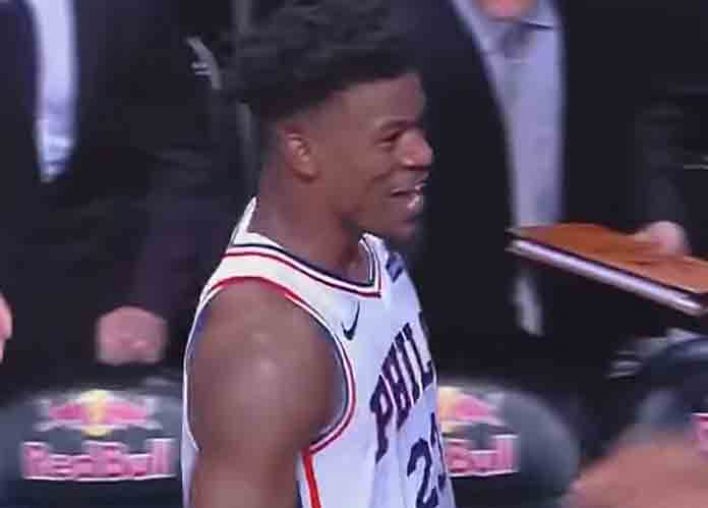 In the Houston Rockets search for pieces to help them ascend to the top of the NBA throne, the Rockets are reportedly shopping center Clint Capela and guard Eric Gordon for cap space.

With reports coming out in recent weeks about the lack of chemistry between the Rockets players, especially stars James Harden and Chris Paul, the Rockets are trying to do everything they can within the confines of their cap space to be able to reshape their roster this summer. For this to happen, the Rockets are trying to shop every player on their roster who is not Harden. The contracts of players like Paul and Capela are making the trades extremely difficult for Houston to pull off.

Rockets' "priority" for free agency is to land Jimmy Butler through a sign-and-trade deal with the Sixers, @wojespn pic.twitter.com/jQ974Manq5

If the Rockets trade away someone like Capela or Gordon, they will according to reports attempt to conduct a sign-and-trade with free agent Jimmy Butler and the Philadelphia 76ers. A trade involving Butler to the Rockets would help both Houston and the 76ers. For the Rockets, they obviously add an extremely talented player in Butler, who can compliment Harden and potentially propel the Rockets to the top of the Western Conference. For the 76ers, the money from redirected salary for Butler would give the 76ers the potential to trade for a high-level player next season if they feel that they are contention to make a run for the NBA title. With sources confirming on Sunday that Butler is likely to be traded to the Miami Heat in a three-team trade, this option looks rather unlikely.

Sixers will be aggressive when free agency opens to re-sign Jimmy Butler and block Rockets, according to @wojespn https://t.co/LtqeY5liiv

Despite the Rockets interest in Butler, the 76ers are still confident that they will re-sign both him and Tobias Harris (Update: The 76ers have verbally agreed to re-signed Harris). The 76ers, who were one win away from knocking out the Toronto Raptors in the Eastern Conference Playoffs, are confident that the core they had last season, should it remain intact, is good enough to beat anyone in the NBA in a seven-game series. It remains to be seen whether or not the 76ers.

The @HoustonRockets are now the betting favorite to sign @JimmyButler this offseason.