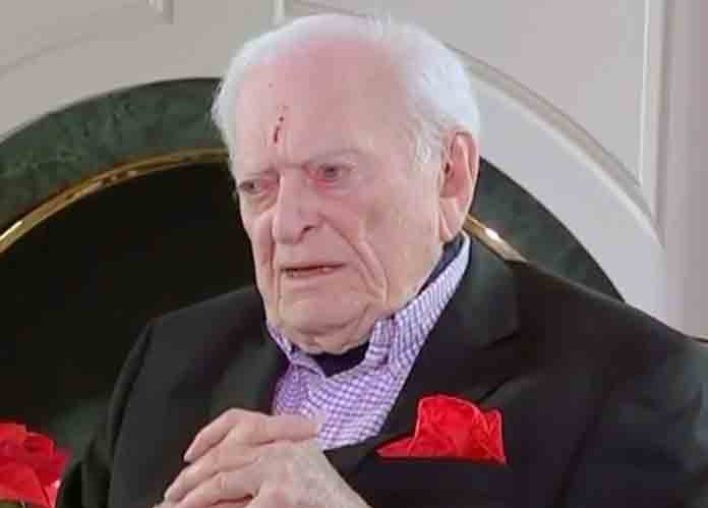 Jack Whitaker, the legendary sports broadcaster who over nearly forty years covered a wide range of sporting events from the first Super Bowl in 1967 to Secratariat’s 1973 Triple Crown, died Sunday in his hometown of Devon, Pennsylvania. He was 95.

According to CBS Sports — where Whitaker’s career began and for whom he worked for 22 years — the former sportscaster died of natural causes in his sleep.

“There will never be another Jack Whitaker in sports broadcasting,” CBS Sports Chairman Sean McManus said in a statement. “His amazing writing ability, on-air presence and humanity are unmatched. His unique perspective on sports ranging from horse racing to golf to NFL football was extraordinary.”

Among the other major sporting events Whitaker covered throughout his career — which started in the 1950s — were the Summer and Winter Olympic Games in 1984 and 1988, which he helped announce as a member of ABC Sports.

Whitaker, who was also known for being a prolific essayist, had been the only remaining play-by-play announcer from the first 21 Super Bowls who was still alive.

In 1979, Whitaker was named Outstanding Sports Personality at the inaugural Sports Emmy Awards Gala. In 2012, he received the Emmy for Sports Lifetime Achievement Award and was also inducted into the Sports Broadcasting Hall of Fame. Whitaker also served in the United States Army during World War II and was injured in France just weeks after the D-Day invasion in 1944.

Whitaker is survived by his wife Patricia, sons Kevin, Gerry and Jack Whitaker III and daughters Ann Hanan and Marybeth Helgevold.  The late sportscaster also has 11 grandchildren and 15 great grandchildren. No funeral arrangements have yet been made for Whitaker, according to CBS.

Here are the many tributes to Whitaker on social media from around the sports world:

Jack Whitaker was pure elegance and class, and working with him the last few years of his broadcasting career is one of the highlights of mine. Even when he was in his late 70s, Jack’s was the sharpest mind on any telecast he worked. An amazing talent and wonderful man. Godspeed.

Remembering the legendary Jack Whitaker. In his words.

Very sad to hear of the passing of American broadcasting icon, Jack Whitaker. A legend of both CBS and ABC; he was an extraordinary essayist who really contextualised the greatest sporting moments, he was a giant of NFL, horse racing & golf broadcasting. Honored to have met him. pic.twitter.com/4SgIARLQPX

Very sad to hear of the passing of American broadcasting icon, Jack Whitaker. A legend of both CBS and ABC; he was an extraordinary essayist who really contextualised the greatest sporting moments, he was a giant of NFL, horse racing & golf broadcasting. Honored to have met him. pic.twitter.com/4SgIARLQPX 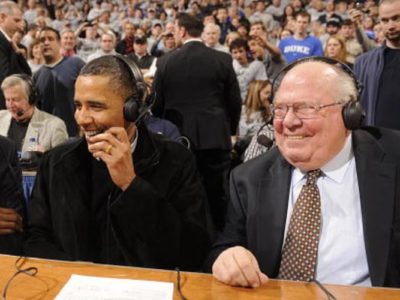 Verne Lundquist To Leave ‘SEC On CBS’ After 2016 Season; ESPN’s Brad Nessler To Replace Him