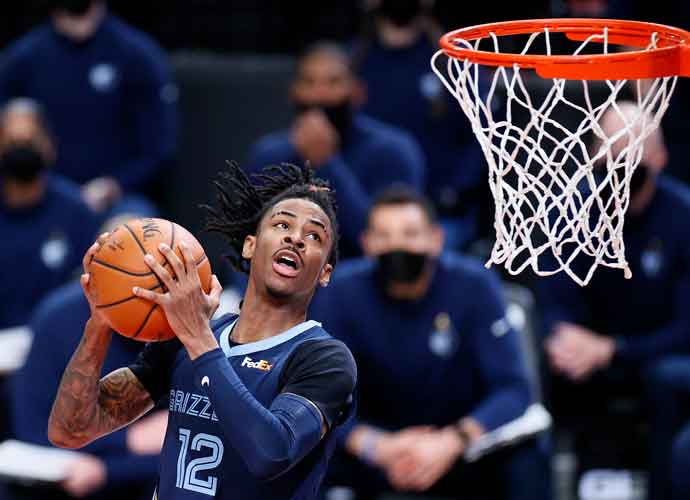 Be careful wearing the visiting team’s gear to professional sporting events—it could hinder your chances of interacting with a player. Some Golden State Warriors fans learned that the hard way on Tuesday night.

Late in the Memphis Grizzlies’ 116-108 victory over the Warriors, Ja Morant drove through the defense for a layup and was fouled by Golden State’s Andrew Wiggins.

Prior to heading to the free throw line, an amped-up Morant exchanged a few words with some young Warrior fans—one of whom was looking for a high five.

“He was disrespectful with that jersey on,” Morant said after the game. “We Memphis. It looked like he wanted to cheer, but he had that jersey on. I apologize to him, but in that moment, bro, take that jersey off and then dap me up. Somebody find his information. I’ll send him one myself.”

The Grizzlies jumped at the marketing opportunity and announced a promotion where kids 12 and under can exchange any opposing player’s NBA jersey for a new Morant or Jaren Jackson Jr. one. The team plans to donate all the swapped jerseys to charity.

The Griz are hot, having won 10 straight games. In addition, two of Golden State’s 10 losses this season have come against Memphis.

The Warriors get one last chance shot at Morant and the Grizzlies on March 28 in Memphis.

Read more about:
Ja Morant Memphis Grizzlies
Listen to the uInterview Podcast!
Get the most-revealing celebrity conversations with the uInterview podcast!