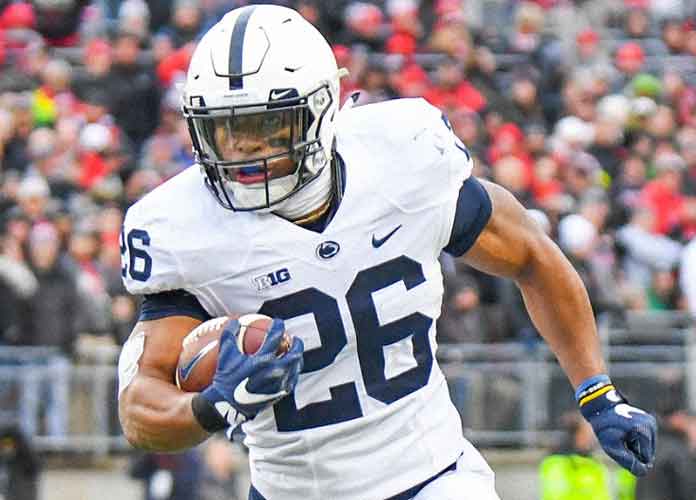 Saquon Barkley may be just 21 years old, but he is determined to maintain sound spending habits.

The New York Giants rookie running back revealed in an interview on Thursday that he plans to use his earnings from endorsements like Pepsi and Nike, and not his salary money, for big purchases.

Barkley just bought his parents a new house in Pennsylvania — where he was raised — and the funds reportedly came from sponsorships. The 2018 No. 2 overall draft pick out of Penn State also cited an NFL veteran in explaining his reason for investing and managing his money: fellow running back Marshawn Lynch, who is also known as “Beast Mode.”

“Once I realized when I declared for the NFL draft and kind of realized where I was going to be drafted, that was something I was like, ‘You know what? Kind of want to follow the Marshawn Lynch method. I don’t want to touch that,” Barkley said on the red carpet for the CC Sabathia Celebrity Softball Game on Thursday night. “I want to invest it, put it in the right people’s hands and learn as I continue to make investments. And just live off the endorsement deals.'”

New England Patriots star Rob Gronkowski is another football player who reportedly has long strived to not spend their game paychecks on lavish goods and services.

Barkley was a Big Ten champion at Penn State in 2016, and was also a two-time Big Ten Offensive Player of the Year there. This week, he was one of 16 athletes featured in ESPN Magazine’s Body10 issue, which marked the tenth anniversary since the publication first unveiled that issue. Barkley is expected to give the Giants a significant offensive boost, after the team finished a dreadful 3-13 last season, one of its worst records in franchise history.