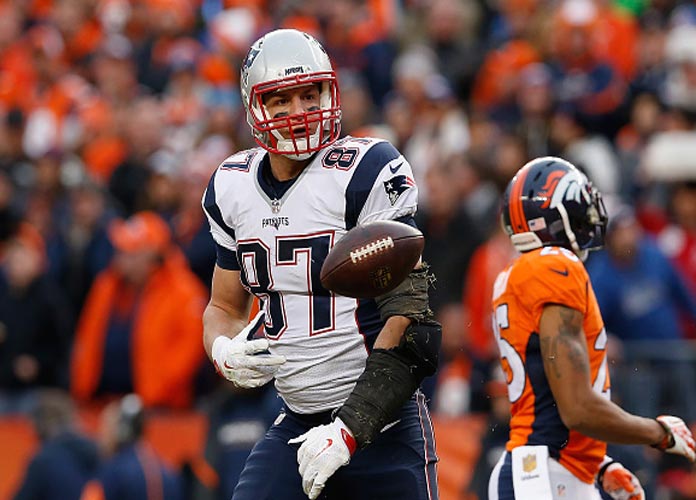 Rob Gronkowski announced Tuesday on Instagram and Twitter that he will return to play for the New England Patriots in the fall.

“I met with coach today and informed him I will be back for the 2018 season with the Pats,” the veteran tight end wrote. “I have been working out, staying in shape and feel great. Looking forward to another championship run.”

I met with coach today and informed him I will be back for the 2018 season with the Pats. I have been working out, staying in shape and feel great. Looking forward to another championship run.#bandsamakeherdancehttps://t.co/DLam37eWzw

There had been some speculation in recent months as to whether the star player, known as ‘Gronk,’ would retire soon and pursue other opportunities, like working as a Hollywood actor or perhaps a career in professional wrestling.

Gronkowski, who will be 29 in May, has suffered several injuries, including a severe back injury that ended his 2016 season early. The five-time Pro Bowler has scored 77 touchdowns during his 8-year NFL career.

A horse named after him was set to compete in this year’s Kentucky Derby, which will take place on May 5, but the horse pulled out recently due to an illness. Gronkowski tweeted about the news:

It’s unfortunate Gronkowski the horse will not be able to race in the upcoming Kentucky Derby due to an illness. I fully support what is best for the horse. I know he will come back strong and healthy and I am excited to see him race again very soon.

According to ESPN, Gronkowski led the Pats in 2017 with 69 catches, and compiled 1,084 yards and eight touchdowns.

Gronkowski has had three back surgeries since joining the NFL. He said after Super Bowl LII that concussions would not be the main reason he would retire from the league.