Former WWE Star Shad Gaspard Missing After Being Swept Out To Sea While Swimming At Venice Beach - uSports.org 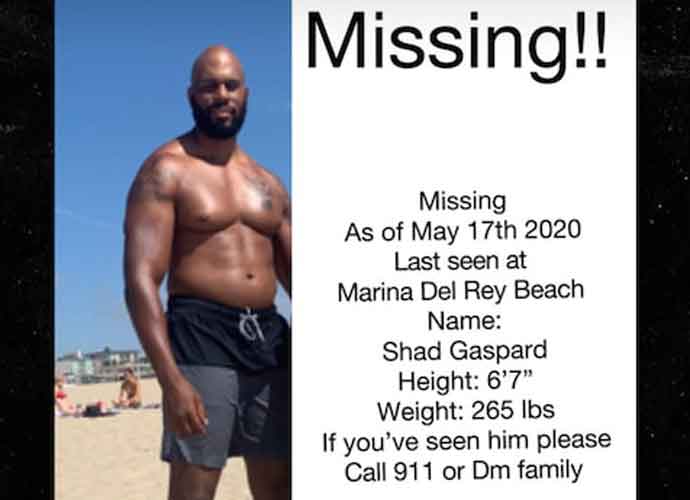 Former WWE wrestler Shad Gaspard was visiting a California beach and was swept out by the ocean while swimming. Gaspard has since gone missing.

Gaspard was last seen at Marina Del Rey Beach in Venice on Sunday. Authorities say the 39-year old was swimming about 50 yards away from the shore. “When last seen by the lifeguard, a wave had crashed over Mr. Shad Gaspard and he was swept out to sea.”

On both Gaspard’s and his wife’s Instagram stories are posts with a picture of Gaspard saying that he has been missing since Sunday and if anyone has information, call 911 or DM Gaspard’s family members. 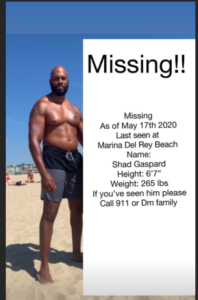 Numerous wrestlers including Kofi Kingston, Montel Vontavious Porter and Gregory Shane Helms shared a statement from Gaspard’s family on Twitter which noted that  Gaspard’s family is not ready to make a public statement at this time and asks fans to respect the family’s wishes.

. @Shadbeast ‘s family appreciates all the love, support, and concern through this horrible ordeal. At this time they are not ready to make any public or official statements to any media outlet And ask all to respect their wishes.

A spokeswoman for the sheriff’s department has said that authorities are working to find Gaspard. “Weather permitting we’ll look for him in the air. We’re using all resources to try to recover him as soon as possible,” she said.

Gaspard retired from the WWE in 2010 and during his career, he was known for being a member of the wrestling team, Cryme Tyme. Gaspard is married and has a ten-year old son.