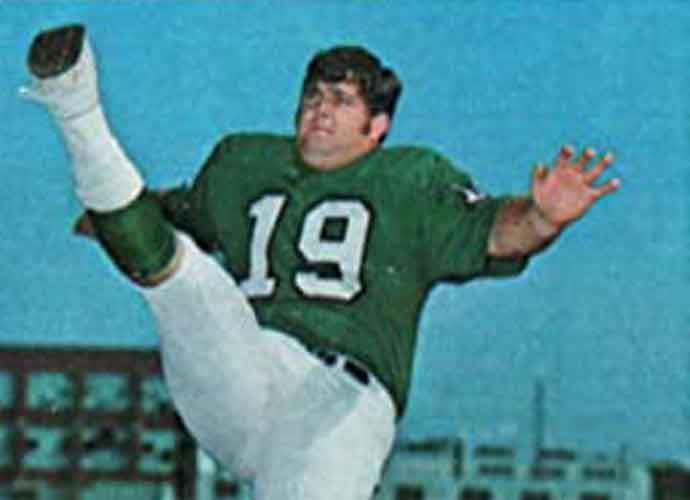 Former New Orleans Saints’ kicker Tom Dempsey died Saturday at the age of 73 after contracting the coronavirus (COVID-19). His family told The Times Picayune/New Orleans Advocate that Dempsey was also battling dementia and passed away at the Lambeth House Retirement Community in New Orleans.

Originally diagnosed on March 25, Dempsey showed signs of improvement before things got worse, his daughter Ashley said. Because retirement home residents were quarantined, Dempsey’s family was not allowed to visit but would check in with him using video chat.  “We didn’t want him to think we had abandoned him,” she told the newspapers. “We wanted him to know we still loved him — always.”

Dempsey’s life was a unique story. Although he was an NFL kicker, he overcame the obstacle of being born without any toes on his right foot and without fingers on his right hand. He was able to use a flat-top shoe to kick the ball straight-on successfully while most of the league was shifting to kicking soccer style.

“Tom’s life spoke directly to the power of the human spirit and exemplified his resolute determination to not allow setbacks to impede following his dreams and aspirations,” Saints’ owner Gayle Benson said in a statement. “He exemplified the same fight and fortitude in recent years as he battled valiantly against illnesses but never wavered and kept his trademark sense of humor,” she said in a statement.

One of his most historic moments came during a game against the Detroit Lions on November 8, 1970. The Saints were trailing 17-16 with a couple of seconds left on the clock when Dempsey hit a game-winning 63-yard field goal breaking Bert Rechichar’s 56-yard record that he held for 17 years. In 2013, Broncos’ kicker Matt Prater broke the record with a 64-yarder.

Dempsey’s famous kicking boot is displayed in the Pro Football Hall of Fame in Canton, Ohio, alongside other memorabilia of players included in the “50 great NFL moments” section.

After two seasons with New Orleans, he also suited up for the Philadelphia Eagles, Los Angeles Rams, Houston Oilers and Buffalo Bills before retiring in 1979.

Dempsey is survived by Ashley and her siblings, Toby Dempsey and Meghan Dempsey Crosby. He also had three grandchildren.

Our thoughts are with the family of legendary @Saints kicker Tom Dempsey, who passed away after contracting coronavirus.

His 63-yard field goal was an NFL record for 43 years. pic.twitter.com/6kgNefLzAe