After Expulsion, Novak Djokovic Ready To Move On In Australian Open - uSports.org 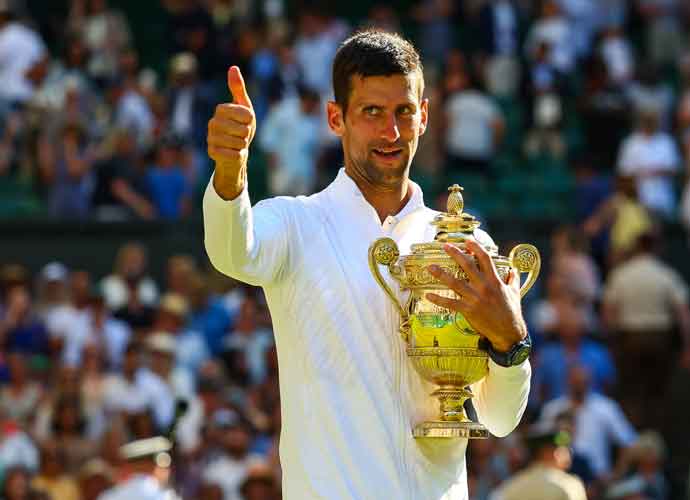 LONDON, ENGLAND - JULY 10: Novak Djokovic of Serbia celebrates with the trophy after winning the final of the men's singles against Nick Kyrgios of Australia during day fourteen of The Championships Wimbledon 2022 at All England Lawn Tennis and Croquet Club on July 10, 2022 in London, England. (Photo by Frey/TPN/Getty Images)

After getting deported before this year’s Australian Open, star tennis player Novak Djokovic said that the event remains fresh in his mind but that he is also ready to move past it and compete again in 2023.

In January 2022, the Australian government barred Djokovic from competing in the tournament due to his failure to receive a COVID-19 vaccination. He had previously announced that he could compete because of an exemption. This exemption to compete did not extend to travel across the border, however, leading to his deportation.

“It stays with you for the rest of your life,” Djokovic said at his first press conference since returning to Australia. “It’s something I’ve never experienced before and hopefully never again, but it is a valuable life experience for me.”

Despite Djokovic’s negative memories about the incident, he went on to express admiration for the tournament and its organizers, as well as enthusiasm to compete again in the country.

Before his unceremonious and premature exit from the tournament in 2022, Djokovic’s name was already firmly associated with the Australian Open. He has dominated the event for most of his career, winning it nine times between 2008 and 2021.

“What happened 12 months ago was not easy to digest for some time but at the same time I had to move on. Those circumstances will not replace what I have lived in Melbourne and in Australia throughout my entire career,” Djokovic said “So I come with positive emotions and I really look forward to playing there. It’s been my favorite Grand Slam. The results prove that.”

Though he is nearing the end of his career at age 35, Djokovic will still enter the Australian Open as the prohibitive favorite, having won it the last time he was able to compete. Younger players like Carlos Alcarez and Daniil Medvedev are only expected to do so much as the second and third choices.

Read more about:
Australian Open COVID-19 Novak Djokovic Tennis
Listen to the uInterview Podcast!
Get the most-revealing celebrity conversations with the uInterview podcast!