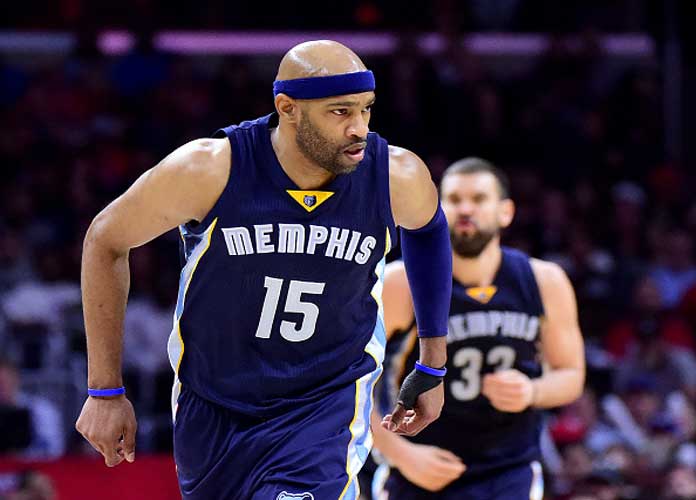 In a weekend burglary, nearly $100,000 in cash was taken from the home of former NBA player Vince Carter, according to Atlanta Police. Carter was not home, however, his wife Sondi and her two sons were.

They were in bed when she heard loud noises late Sunday evening. She and her two sons hid in a closet and called 911 and contacted the neighborhood patrol which was the first law enforcement to arrive at the scene and saw a man fleeing in a black SUV.

Officers found a large amount of cash on the ground near the property, totaling about $16,000. Carter said this was just a portion of the $100,000 he kept in a small bag in the closet. Authorities also recovered two guns near the scene, a golden Desert Ragle and a Glock 26. The Golden Eagle belonged to Carter, however, the pistol is believed to have belonged to the suspects. Multiple rooms were left disheveled and a gate on top of the stairs had been broken off its hinges.

Nearly $100,000 in cash was taken in a weekend burglary at the Atlanta home of former NBA player Vince Carter, according to an incident report released by Atlanta Police. https://t.co/XSEtIBGaaP

The home was located in an affluent neighborhood in the suburbs of Atlanta. Carter purchased the home for $7 million in 2020. The property has about an acre and a half of land. Listings say that it is a family compound with state-of-the-art security. The property has 16 security cameras as well as a fence and electronic gate around the home. Police have not identified a suspect as of yet, however, a fingerprint was collected from the scene.

Carter played 22 seasons in the NBA, rising to stardom as a member of the Toronto Raptors, who he played for from 1998-2005. Carter was best known for his high-flying and spectacular dunks. He collected a number of accolades while in the NBA, including 1998-99 NBA Rookie of the Year, eight All-Star appearances, and two All-NBA team selections. He retired with the Atlanta Hawks in 2020 and now serves as an NBA analyst for ESPN.

Carter has not provided a comment on the incident.