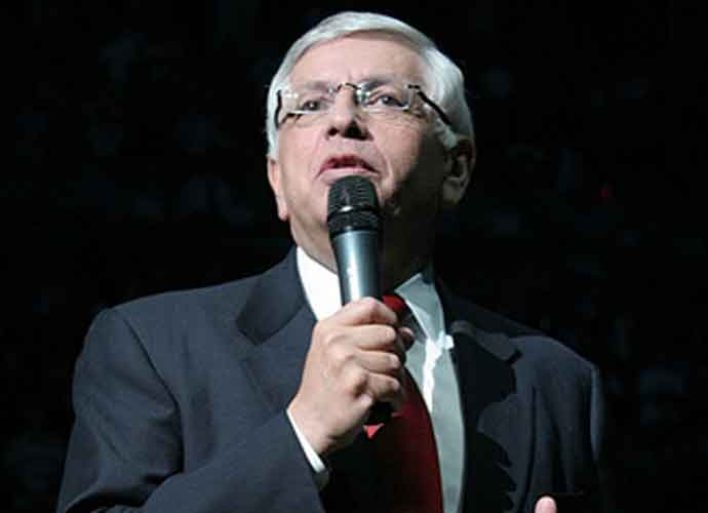 Former NBA commissioner David Stern had an emergency surgery on Thursday after suffering a sudden brain hemorrhage. The 77-year old was rushed to Mount Sinai West Medical Center after New York’s Fire Department responded to a 911 call at a Midtown Manhattan restaurant at 1:59 p.m. ET.

The league made an announcement about his condition, extending their thoughts and prayers to his family. There is no immediate word on his condition.

Stern served as the longest running commissioner for 30 years in the NBA before being replaced by Adam Silver. He still remains active in the league, serving with a title of commissioner emeritus, but has expanded his interests into other ventures like sports technology.

Under Stern, the league saw immense growth, televising in more than 200 countries and territories in more than 40 languages. Stationing 13 offices worldwide, the NBA became the first professional sports organization to play season games outside the U.S. and allowed players to compete in the Olympics.

He also oversaw the addition of seven franchises and the creation of the WNBA, as well as the NBA Development League. His initiatives included changes in drug testing, salary caps and dress codes.

Upon leaving his position as commissioner, Stern was adamant that staffers didn’t use the word “retire” for he never planned to stop working. He continued to travel on the leagues behalf.

An outpouring of support has come from fans, players, coaches and league executives for Stern.

Adam Silver, the current commissioner, said, “David is one of the top business leaders of his generation. His legacy will be that he brought modern business practices to sports leagues. He was a CEO/commissioner who while focused on growing a major business also preached that there’s nothing more important than the game.”

Miami Heat president Pat Riley said of Stern, “David Stern is the No. 1 force, the No. 1 reason why this league is where it is today. That’s not disrespectful to any one great player in any one era or any owner. This has to do with the leadership of one man.”