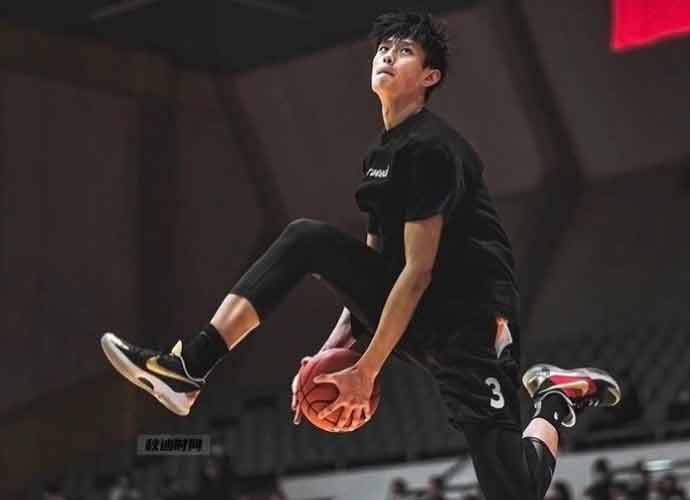 Three years ago, Zeng moved from China to the United States to play high school ball. At 6-foot-11 and nearing 200 pounds, he stood out on the court in Oregon and Florida. However, due to the pandemic, he moved back to China but was still receiving scholarship offers from college basketball teams like Virginia Tech, Gonzaga and Florida State. He ultimately decided to commit to Gonzaga in November 2020.

In April, Zeng decided to move away from the idea of playing basketball in college and set his focus on the G Leauge – the NBA’s minor league.

Zeng told ESPN, “This is the best and fastest way to become a pro, and also get better every day, This was the best decision I could make while I was in China. I’m not saying the NCAA isn’t good – just that the G League is the best way for me.”

He signed with the G League Ignite, a team based in Walnut Creek, California. Ignite has been the home of many standouts who have decided to sidestep college in search of a different route to the NBA. Other Ignite players such as MarJon Beauchamp, Jaden Hardy, Michael Foster and Dyson Daniels will stand beside Zeng in hopes of going in the first round of the 2022 NBA draft.

As a sophomore, Zeng averaged 15.5 points, 7.2 rebounds and 2.1 assists per game at Windermere Prep high school near Orlando, Florida. Zeng has great 3-point shooting ability and is undoubtedly one of the most impressive NBA prospects coming out of China.