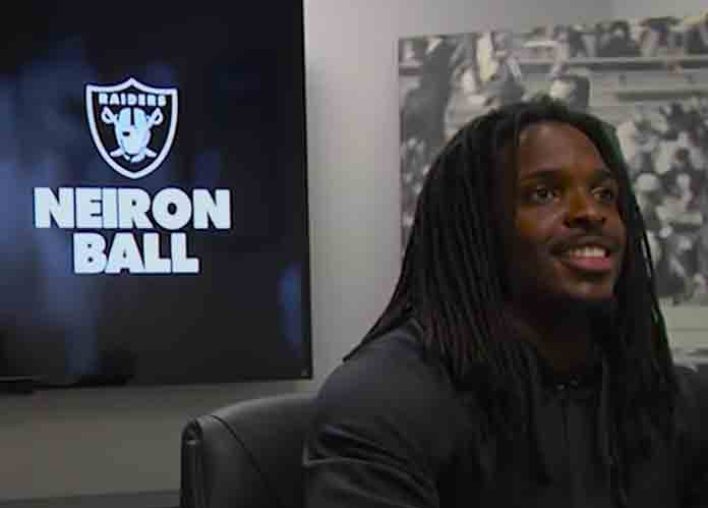 Gifted former NFL linebacker Neiron Ball passed away of a brain condition on Monday. He was 27.

Ball was first diagnosed with the brain condition, arteriovenous malformation (AVM), while he played for the University of Florida in 2011. That year, Ball went to the coaching staff complaining that he had trouble walking. When his AVM was discovered, doctors told him that vessels crucial to his heart and brain were tangled, had ruptured and were leaking blood down his spine. Ball was held out for a year after doctors performed a surgical procedure to repair the blood vessels. He made a comeback the following year and played so well that he went on to be selected in the fifth round of the NFL draft. Doctors originally stated that the condition would not return.

Ball had a promising but short career with the Oakland Raiders before being waived due to a knee injury. He rose to the starting linebacker position shortly after his rookie campaign.

Rest in Peace, Neiron. You’ll be forever remembered and always missed. Our thoughts and prayers are with your family during this difficult time. #GatorsAlways pic.twitter.com/ePkAl3DLg0

AVM affects the veins that carry blood back from the brain to the heart. As arteries carry oxygen-rich blood to the brain, veins carry the oxygen-depleted blood back to the heart. With AVM, those veins become tangled and rupture, making it hard to return the blood back.

The Raiders Family mourns the passing of Neiron Ball. He will be dearly missed by the entire Raider Nation and our thoughts and prayers are with his family at this time. https://t.co/RVnhWEsSjz pic.twitter.com/ZtMlmzSrsU

Ball was able to return to football because statistics show that only four out of 100 people will experience a hemorrhage from AVM. Out of those cases of AVM, 15 to 20 percent of hemorrhages lead to death or a stroke and 30 percent of people losing mobility.

Last September, a brain aneurysm landed Ball at Emory Hospital in Georgia, where the doctors put him in a medically induced coma. The former linebacker’s family announced that he had come out of the coma and was now a paraplegic. Ball’s sister was caring for him in his hometown of Jackson, Georgia, where he had been a standout High School sprinter and jumper. Ball was then able to communicate with his mouth and eyes.

A GoFundMe page initially raised over $130,000 for uncovered medical bills for Ball.