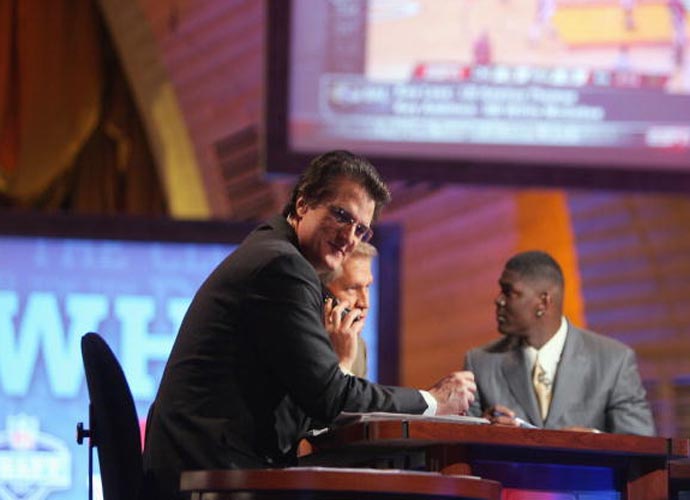 In Kiper’s second version of his mock draft, released Thursday, he predicts Smith going 11th to the Chicago Bears.

However, Kiper seems to believe the Jets will likely pass on both players. He predicts Decker will go 31st to the Broncos, and Floyd falling out of the first round. He also has Ohio State running back Ezekiel Elliott going 22nd to Houston, and does not believe Memphis quarterback Paxton Lynch will go in the first round.

The only player Kiper does project the Jets will take is Alabama inside linebacker Reggie Ragland, and here’s why:

Last year, the Jets took the best player available in Round 1 when they nabbed Leonard Williams at No. 6 overall, and Ragland certainly qualifies as a BPA if he’s still around at No. 20. A monster against the run, Ragland plays faster than he’ll run at the combine because of great instincts. Draft him with the expectation you can start him in Week 1.

The Jets already have a middle linebacker, David Harris, and have started negotiations to re-sign Erin Henderson, back-up for weak-side linebacker Demario Davis, who is expected to become a free agent.

Ragland is the best inside linebacker prospect available this year. The Big Lead’s Jason McIntyre and NFL.com’s Lance Zierlein have also projected him to be drafted to the Jets.

Here’s a roundup of who various mock drafts have the Jets picking for No. 20:

Read more about:
2016 NFL Mock Draft Mel Kiper Jr.
Listen to the uInterview Podcast!
Get the most-revealing celebrity conversations with the uInterview podcast!