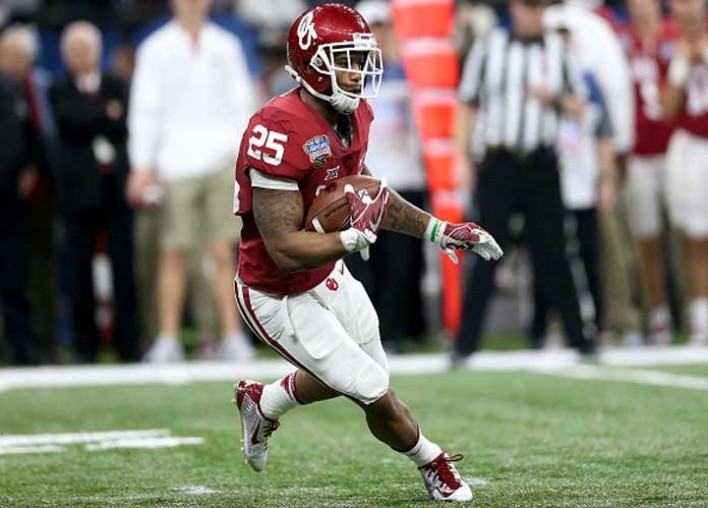 NEW ORLEANS, LA - JANUARY 02: Joe Mixon #25 of the Oklahoma Sooners runs with the ball against the Auburn Tigers during the Allstate Sugar Bowl at the Mercedes-Benz Superdome on January 2, 2017 in New Orleans, Louisiana. (Photo by Matthew Stockman/Getty Images)

ESPN play-by-play announcer Brent Musburger decided to give his opinion on Oklahoma running back Joe Mixon during the first quarter of the Sooners’ 35-19 victory over the Auburn Tigers in Monday’s Allstate Sugar Bowl in New Orleans.

Musburger’s attempt at discussing Mixon, who punched a woman in the face in 2014, was cringe-worthy to say the least.

The ESPN announcer didn’t even go into the details of the incident– although there is a video showing Mixon’s punch– and instead seemed to praise the 20-year-old running back and hoped he ultimately had a good NFL career.

I rewound this to make sure I wasn’t being too tough on Brent. Nope. It’s even worse the second time. This is embarrassing. pic.twitter.com/QAoikxck9G

“He’s just one of the best, and let’s hope, given a second chance by [head coach] Bob Stoops and Oklahoma, let’s hope this young man makes the most of his chance and goes on to have a career in the National Football League,” Musberger said.

Mixon accepted an “Alford Plea,” which is a guilty plea where a defendant in a criminal case does not admit to the criminal act and claims innocence, to the misdemeanor charge of acts resulting in gross injury/outraging public decency. The attack left the victim, Amelia Monitor, with multiple broken bones in her face.

The Oklahoma Supreme Court ruled in December that the footage showing Mixon punching Monitor should be publicly released. The video was made public, and backlash quickly ensued. Many believed the rusher should be suspended from the Sugar Bowl. Instead, he was suspended for the entire 2014 season following the incident.

Mixon also issued an apology after two of the three claims in the lawsuit against him were dismissed.

During the first half of Monday’s Sugar Bowl, Mixon had 10 carries for 45 yards and a touchdown, as well as three catches for 73 yards. However, every time he touched the ball, fans at the Sugar Bowl booed. At the end of the first half, Auburn fans began chanting, “He hits women” during Mixon’s final carry. Mixon finished with 91 rushing yards and two touchdowns and caught five passes for 89 yards.

In the second half, Musburger passionately defended his first-half comments:

Brent Musburger fired up about criticism regarding his support of Oklahoma RB Joe Mixon. pic.twitter.com/Yg4rkm9oyo

Auburn were lost Monday without their starting quarterback, sophomore Sean White. White suffered a right forearm injury– reportedly a broken arm– while taking a major hit from Oklahoma linebacker Jordan Evans near the end of the Tigers’ game-opening touchdown possession.

After White exited the game, backups John Franklin III and Jeremy Johnson were unable to score consistently, Sooners quarterback Baker Mayfield and his team compiled 524 yards of offense and averaged 7.4 yards per play. Franklin led the Tigers on a single field goal drive, and Johnson led Auburn on a meaningless touchdown drive, scoring on a 1-yard pass to Jalen Harris as time expired.

Samaje Perine ran for 86 yards and a touchdown, passing Billy Sims to become Oklahoma’s all-time leading rusher. Perine’s teammates surrounded the junior in the fourth quarter to celebrate his achievement.

Mayfield finished 19-of-28 for 296 yards with touchdown passes to Dede Westbrook and Mark Andrews.

Kam Pettway– another player whose injuries hurt Auburn’s offense late in the season– led the Tigers with 24 carries for 101 yards. Oklahoma bested Auburn 299 yards to 160 in the second half.

NEW ORLEANS, LA – JANUARY 02: Joe Mixon #25 of the Oklahoma Sooners runs with the ball against the Auburn Tigers during the Allstate Sugar Bowl at the Mercedes-Benz Superdome on January 2, 2017 in New Orleans, Louisiana. (Photo by Matthew Stockman/Getty Images) 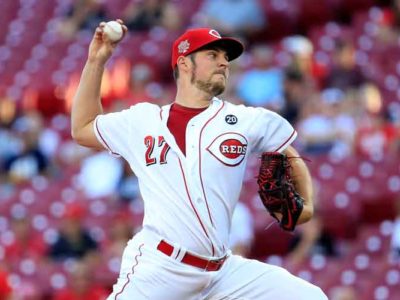 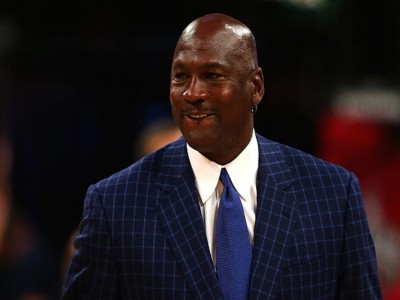