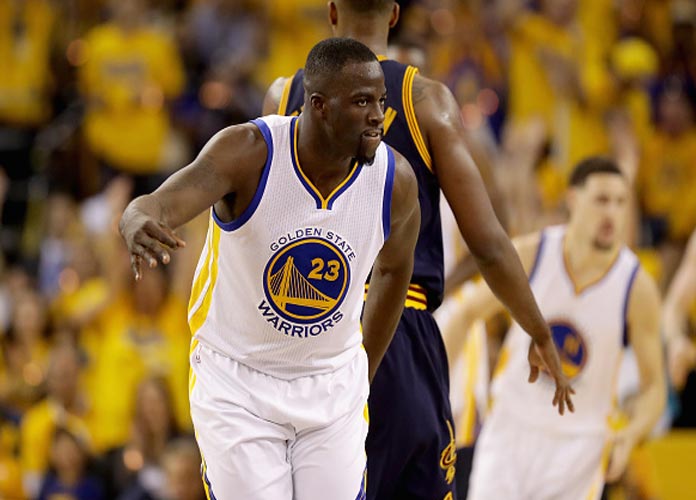 Golden State Warriors forward Draymond Green could receive disciplinary action for an altercation during practice Wednesday with teammate Jordan Poole. The two were arguing when Green reportedly threw a punch at Poole, the sort of escalation Green has been known for from time to time over the course of his career.

The Athletic reported Wednesday night that the Warriors were “seriously considering” disciplining Green after the altercation forced the team to stop practice and take players back to the locker room area. Potential discipline was described as seemingly “imminent.”

Because practices typically fall outside the league’s code of conduct, transgressions like these are usually handled internally. If Green is to be punished, Warriors management will act soon.

Teammate Andre Iguodala tweeted early Thursday morning to express support for Poole, urging people not to rush to conclusions or place blame on the young players.

“What we not gone do is talk crazy about my young fella JP… great character kid,” Iguodala said.

Green and Poole have vastly different roles within Golden State’s organization, as one serves as an established team leader while the other is a relatively new contributor. Green has been with the team since his rookie year in 2012, and his defensive skills have been described as a necessary asset in the team’s four championship wins in 2015, 2017, 2018 and 2022.

Poole, on the other hand, has only been with the team since 2019 and enjoyed his first real success this past season, when he started 51 times and scored 18.5 points per game. His improvement was key to the Warriors’ most recent run to the Finals.

It is unclear how extensive the punishment for Green may be, but it isn’t the first time the player has raised tensions on the floor with teammates. In 2018, the forward was suspended for one game for verbally berating Kevin Durant after a loss to the Atlanta Hawks. Green has an established reputation for challenging teammates in practice, though no incident has ever gone as far as the one with Poole on Wednesday.