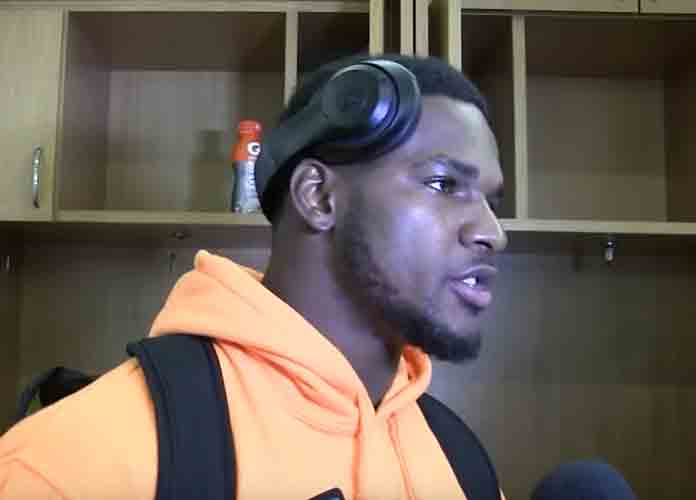 The Miami Dolphins released Mark Walton on Tuesday after the running back was arrested for allegedly punching a pregnant woman.

The 22-year-old running back — who is in his second year in the NFL — was charged with aggravated battery after allegedly shoving the woman against the wall and hitting her several times in the head, according to a police report. According to several reports, the woman — who sustained major injuries to her eyes — is five weeks pregnant with Walton’s baby. Walton is now being held in a jail in Broward County, Florida.

“We were made aware of a police matter earlier this morning regarding Mark Walton,” Dolphins general manager Chris Grier said in a statement. “We hold our players to a high standard and take these matters very seriously. We will have no further comment at this time.”

We have waived running back Mark Walton. pic.twitter.com/vXhON24Z4I

This is not Walton’s first legal issue. The running back was already two games into a four-game suspension for violating the NFL’s substance abuse policy. Walton was arrested three times during the offseason for incidents tied to this violation. Between January and March, the running back was charged with marijuana possession and a battery misdemeanor and allegedly evaded police capture by fleeing on foot. The Cincinnati Bengals subsequently cut Walton in April and the Dolphins signed him one month later.

It appears that Walton’s time in the NFL is over. However, another team could eventually sign him, considering how many other pro players have been given second and even third chances after similar legal incidents (Cleveland Browns running back Kareem Hunt comes to mind).

The Dolphins can now turn to Kalen Ballage for their rushing game. However, Miami could also rely on Patrick Laird, Myles Gaskin and De’Lance Turner, as Ballage has managed only 1.9 average yards per carry.