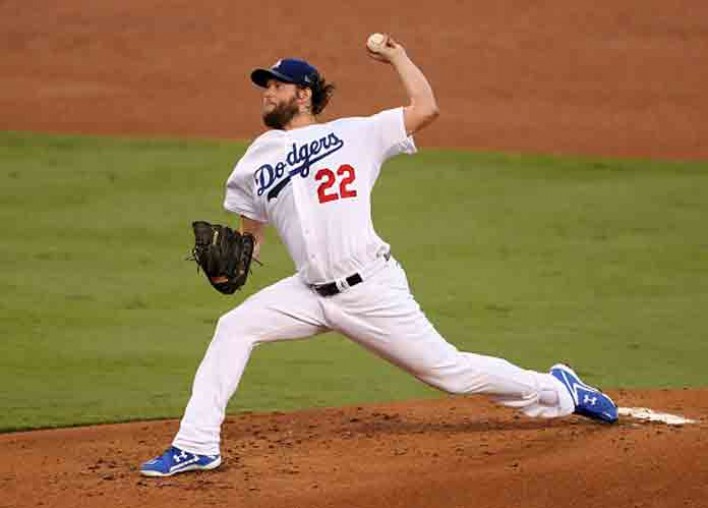 LOS ANGELES, CA - OCTOBER 24: Clayton Kershaw #22 of the Los Angeles Dodgers pitches during the third inning against the Houston Astros in game one of the 2017 World Series at Dodger Stadium on October 24, 2017 in Los Angeles, California. (Photo by Christian Petersen/Getty Images)

With his 2,397th put out, the southpaw passed a fellow Dodger and multi–year Cy Young winner, Sandy Koufax. As they have for years now, Kershaw’s strikeout helped the Dodgers win yet another game, pushing their total up to a now league–high at 72. Although not a typical Kershaw gem which involved two six hits and five walks, he managed to extend his now four game winning streak as well. Nobody deemed this an unsuccessful outing for Kershaw however, as his achievement surely out shinned any struggles he endured on the mound.

2,397 Ks. @ClaytonKersh22 moves ahead of Sandy Koufax for third all-time in franchise history with his 2,397th career strikeout. pic.twitter.com/oOmDiVE9Ng

“It was really cool,” said Kershaw who candidly spoke on his accomplishment after the game. “It’s a special thing anytime you get mentioned in the same breath as Sandy. He wouldn’t have been proud of this one, but I’ll try to get better the next one. I can’t even talk about it, it was so bad. I’m just going to move on to the next one.”

Keeping the chase on, Kershaw ascends to the mound next likely on Tuesday to face the St. Louis Cardinals.