Devonta Freeman Says He Has No Plans To Retire: 'F All Y'all!' - uSports.org 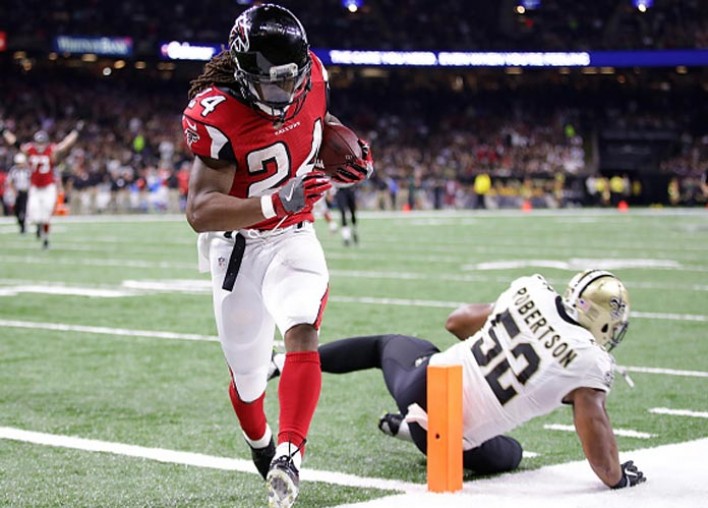 NEW ORLEANS, LA - SEPTEMBER 26: Devonta Freeman #24 of the Atlanta Falcons reacts after scoring a touchdown against the New Orleans Saints at the Mercedes-Benz Superdome on September 26, 2016 in New Orleans, Louisiana.

Devonta Freeman was released by the Atlanta Falcons back in March, which led to Todd Gurley being signed in his place. There has been some interest in the 28-year old, but Freeman is still a free agent.

In a Twitter post that has since been deleted, Freeman says that retirement is out of the question. “I got 10 more years in me. Kill that fake retirement sh-t!! & Btw F all y’all!!”

There have been rumors for Freeman to sign with the Seattle Seahawks, that now seems unlikely as they signed Carlos Hyde over the weekend. Freeman has said that he is prepared to sit out the 2020 season if not given an offer he likes.