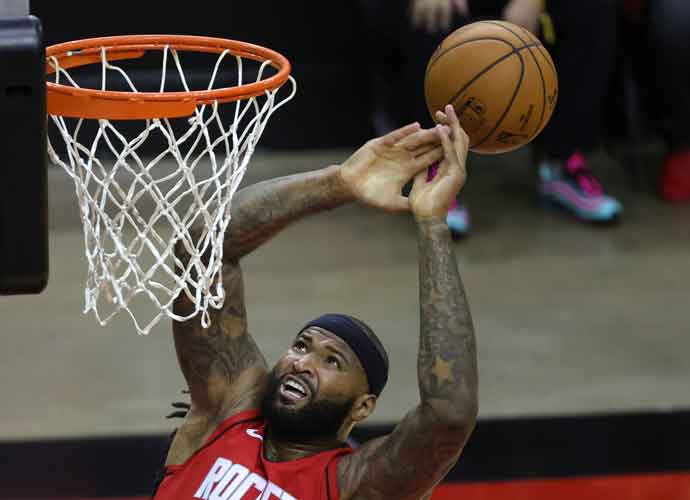 HOUSTON, TEXAS - JANUARY 02: DeMarcus Cousins #15 of the Houston Rockets loses control of the ball during the third quarter of a game against the Sacramento Kings at Toyota Center on January 02, 2021 in Houston, Texas. NOTE TO USER: User expressly acknowledges and agrees that, by downloading and or using this photograph, User is consenting to the terms and conditions of the Getty Images License Agreement. (Photo by Carmen Mandato/Getty Images)

Sunday’s game between the Los Angeles Lakers and the Houston Rockets got physical.

The altercation happened between the Lakers’ power forward Markieff Morris and Rockets’ center DeMarcus Cousins. In the first quarter, Morris was given a flagrant one foul on Jae’Sean Tate. After the foul was committed, Cousins shoved Morris and sent him sprawling onto the floor. The forward got up and attempt to shove Cousins back as the center went to help up teammate Tate. This shoving match between the two resulted in a double technical foul for them. Morris was promptly ejected from the game for the shoving.

Later in the second quarter, Cousins himself was ejected from the game. Cousins was called for a flagrant two foul when he accidentally swiped at LeBron James‘ face in an attempt to strip the ball from James. Although this foul was completely incidental, the referees ruled it as intentional and a two foul. This caused Cousins to be ejected from the game.

Cousins played for the Lakers last season when the team won the NBA Championship. Although Cousins was injured and was not on their playoff team, he will be given a championship ring from the team.