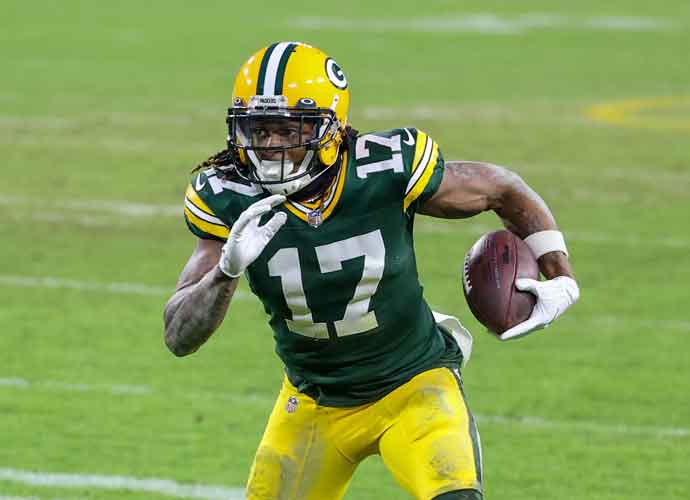 GREEN BAY, WISCONSIN - JANUARY 24: Davante Adams #17 of the Green Bay Packers runs with the ball in the fourth quarter against the Tampa Bay Buccaneers during the NFC Championship game at Lambeau Field on January 24, 2021 in Green Bay, Wisconsin. (Photo by Dylan Buell/Getty Images)

It has not been the offseason the Green Bay Packers were hoping for after a great playoff run last season. The Packers are currently in limbo regarding the situation with star quarterback Aaron Rodgers, who has essentially ghosted the team. Rodgers reached a breaking point after being unsatisfied with the team, and no longer wants to play for them. Green Bay refuses to trade Rodgers and is hoping that he will play this season. So far, it is hard to predict what will happen considering the disgruntled star has skipped OTAs and mandatory minicamp.

One impact of the Rodgers situation is on the future of Pro Bowl wide receiver Davante Adams. Will Adams stay with the team now that there is an unknown in regards to Rodgers’ future? Well, Adams currently plans on remaining in Green Bay.

“That’s the plan, man,” he said. “I’m not planning on going anywhere.” It is a sigh of relief for Packers fans, knowing that the All-Pro wideout has no intention of leaving town.

“[The plan is] only one piece of it, though,” he added. “Obviously, the quarterback situation helps it, but the stars got to align across the board as far as contractually. We’ll figure all that stuff out and let it happen. I’ll be at training camp like I said regardless, we’re going to play the season, and we’ll see how all of that pans out.”

Adams touched on the Rodgers situation and he remained optimistic that the quarterback will return to the team. “That’s my guy,” he said of Rodgers. “His locker is always going to be there. I don’t see him leaving and I pray that he doesn’t. We’re all just going to stay in good spirits and just let the chips fall where they may.”