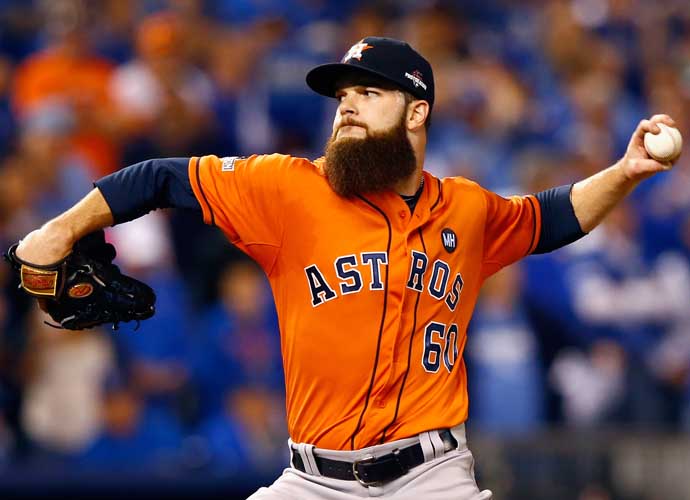 Finally ending an unusually long vacation, starting pitcher Dallas Keuchel finally put pen to paper, committing to pitch for the Atlanta Braves this season. Keuchel not only joins a young, playoff hopeful NL power, but gets to keep his trademark beard, as the Yankees failed to acquire the lefty amid their valiant efforts this week.

Despite throwing effectively for the Houston Astros his entire career, Houston declined to sign their former ace, as his price tag exceeded Houston’s original expectations. However, Houston wasn’t alone with their reaction to Keuchel’s asking price. Until yesterday, no MLB team chose to sign Keuchel despite his skill and the league’s constant demand for effective starting pitching. A similar situation played out with form Boston Red Sox reliever Craig Kimbrel, who the Cubs just signed days ago. Keuchel posts an impressive 3.66 ERA and won a championship with the Astros in 2017.

Keuchel now inks a one year $13 million deal, trumping the three year $17 million contract which Houston originally offered him. Once cashing in and passing a physical, Keuchel will ascend to the mound for Atlanta’s AAA team to freshen up before making his big league debut for the second place Braves.The 2015 Cy Young winner will eventually add to an already talented young rotation including Mike Soroka, Max Fried, Kevin Gausman and others who combine to hold a respectable 4.36 ERA.

The Braves will expect Keuchel to evolve back into his 150+ strikeout form as they chase the Philadelphia Phillies, sitting just two games behind. Keuchel often operates as a ground ball pitcher whose ability to change speeds effectively and toss a sweeping slider helps him put away batter after batter. With the Braves pushing toward a playoff berth, Keuchel’s post season excellence highlighted by 3.60 ERA and memorable dominant starts against AL powers such as the New York Yankees and Boston Red Sox give the Braves optimism as the playoffs slowly but surely inch closer.

Barring a miraculous Braves vs. Astros World Series matchup, Keuchel won’t face his old team this season. However, he’ll likely look to prove his worth not only to the Houston Astros, but the many other MLB teams neglecting to pay him.