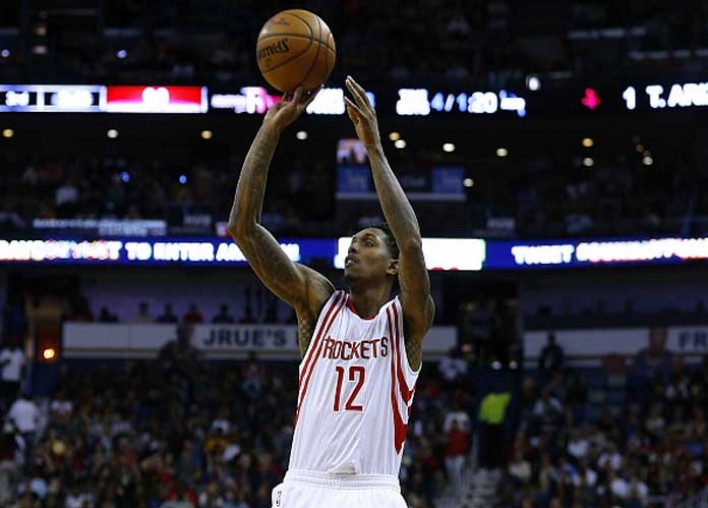 NEW ORLEANS, LA - FEBRUARY 23: Lou Williams #12 of the Houston Rockets shoots the ball during a game against the New Orleans Pelicans at the Smoothie King Center on February 23, 2017 in New Orleans, Louisiana.

The Los Angeles Clippers and the Golden State Warriors faced off last night in Oracle arena in Game 5 of the first round of the 2019 NBA Playoffs. This series has been filled with emotion, trash talk and hard fought wins. Many thought this series would be easy for the returning champs The Warriors.

The Clippers were the 8th seed. Led by veteran coach Doc Rivers, the Clippers have been able to take a bunch of none all-stars into good role players.

The Warriors won the first game by a blow out, showing their dominance and why they’re the number one seed. The Clippers responded stole Game 2 on the road. Beverly was huge in Game 2 as he helped the Clippers rally back from an over 25 point deficit and win. Beverly was the primary defender on Kevin Durant and held him to 21 points and forced him to commit 9 turnovers.

The Warriors also suffered a major injury – star center Demarcus Cousins ruptured his quad leaving him sidelined for the reminder of the playoffs.

The Warriors and Kevin Durant responded with a dominant victories in Game 3 and 4 giving the Warriors a 3-1 lead. Many assumed the series was over at this point with the Warriors needing only one more win at home to advance to the next round.

The Warriors and the Clippers faced off in an elimination game 5, as the Clippers battled with their season on the line.

The Clippers played harassing defense throughout the night and were able to outscore the Warriors on their own court. The 135 point total is the largest amount allowed by the Warriors at home in the Steve Kerr era.

Lou Williams was huge last night, as one of the few bench players to log in over 30 mins during the playoffs. Williams was able to score 33 points off the defense as the Clippers leaned on him down the stretch.

Kevin Durant erupted for 45 points on the night. The Clippers also had big time contributions from players like Danilo Gallinari, who was able to finish with 26 points. What many expected to be a sweep has turned into one of the most exciting series that we have in the playoffs.