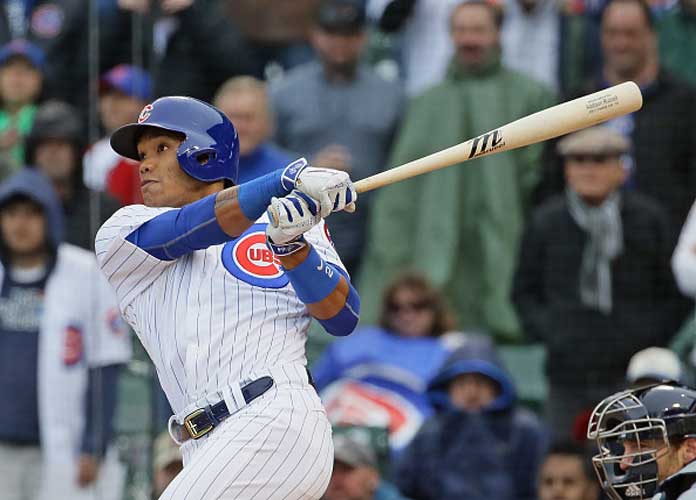 Addison Russell #27 of the Chicago Cubs

The Chicago Cubs have one of the most in-depth team histories in the MLB. Most often, it includes some sort of thing that prevents them from winning the World Series. However, in 2016, 108 years after their last championship, the Cubs returned to the top of baseball. The “curse of the billy goat,” the infamous black cat of 1969, and Steve Bartman were all hexes of the past. A seven-game series against the Cleveland Indians led to Anthony Rizzo, Kris Bryant and Jon Lester bringing a title to the North Side.

Theo Epstein, as president of baseball operations, rebuilt the Cubs into a winner and killed their championship drought as he did 12 years earlier for the Boston Red Sox. In just his second season, Bryant won an MVP and that same year Kyle Hendricks anchored down the rotation.

The Cubs have one of the most faithful fan bases in sports. A 108-year championship drought will do that to you. However, that doesn’t mean that the Cubs were sad. Hall of Famer Ernie Banks played for the Cubs from 1953 to 1971. The Cubs weren’t very good those years. Despite that, he became known or his sunny disposition and his love of the game, as well as his oft-repeated catchphrase: “Let’s play two.” That’s not to dismiss other Cubs greats Ron Santo, Ryne Sandberg and Andre Dawson.

If you want to see the Cubs, you’ll have to head to one of the most famous baseball stadiums in history, Wrigley Field. But while it is 115 years old, it’s filled with modern amenities. A multi-year restoration/expansion project along Sheffield Avenue and Clark Street has brought fans video boards, expanded concessions, improved parking options, an open-air plaza, a boutique hotel and more.

On April 8, the Cubs kick off a series against the Pittsburgh Pirates. Tickets for that game start at $54. Following that three-game series, the Los Angeles Angels come to Chicago. They’ll play three games and each serves as a potential preview of the 2019 World Series.

Here’s the Cubs’ home schedule for the month of April: