Chargers' Melvin Gordon: Teammates 'Got My Back' - uSports.org 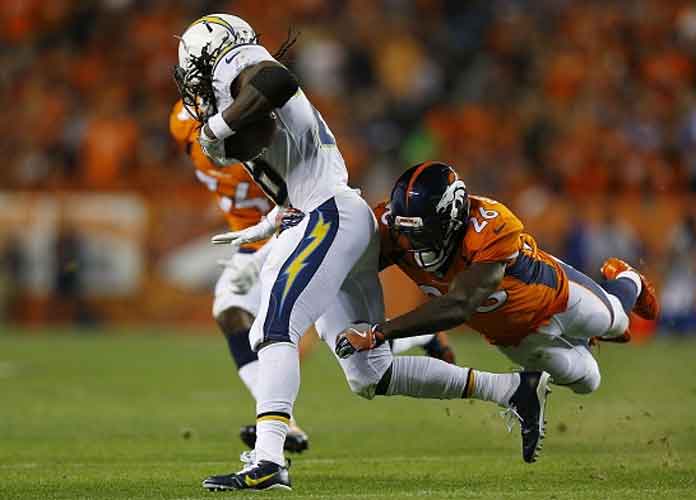 Chargers’ Melvin Gordon: Teammates ‘Got My Back’

One week after Melvin Gordon made it public that he would sit out unless the Los Angeles Chargers gave him a contract extension, there seems to be no end yet in sight. In a move that could cause animosity between Gordon and the locker room, the Chargers players continue to have his back.

“They’re all behind me. They all got my back,” Gordon told ESPN in a sit-down interview with Sam Alipour this week. “They all told me, ‘You know what — we don’t speak on contracts — but you just go and do what’s best for your family.’ And I’m glad I got that support from them.”

Gordon, 26, enters the final year of his rookie contract this upcoming season. The former first-round pick out of the University of Wisconsin averaged 114.6 yards per game from scrimmage last season and scored an additional 14 total touchdowns. After watching New York Jets running back Le’Veon Bell sitting out the entire season last year for the Pittsburgh Steelers, Gordon and several other running backs in the NFL are in support of Bell’s decision and resolution.

Melvin Gordon literally says “I would too” when talking about Le’Veon Bell holding out last year pic.twitter.com/sbxdXZMDsU

“A lot of running backs have reached out to me just saying go out and get what you deserve,” Gordon said. “A lot. A lot of starters. A lot, a lot of backs.”

Despite the issues obviously between Gordon and the Chargers organization, Gordon still loves playing for the team and wants to continue to do so.

“Just because we’re going through contract issues right now doesn’t mean I want to get traded,” he said. “I love being a Charger. I don’t want them to feel like I don’t want to be there.”

“I’m prepared to do what I got to do, but as I said, I hope it doesn’t come to that,” Gordon said.

Melvin Gordon is the same guy who played injured in Baltimore, got hurt again in Baltimore, and still kept playing through it. I wouldn't question his committment to the #Chargers on the field.

Dude just wants to be paid.

Training camp for the Chargers begins next Thursday.