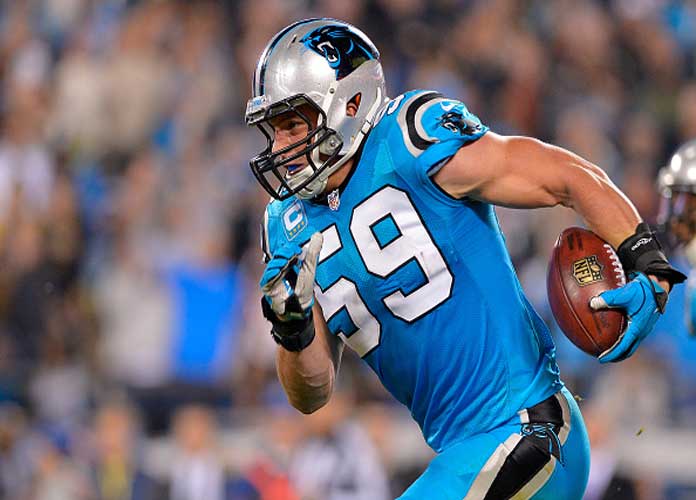 In the video, Kuechly revealed why he is leaving the game at the age of 28. “In my heart, I know it’s the right thing to do…There’s only one way to play this game since I was a little kid, to play fast, to play physical to play strong. And at this point I don’t know if I’m able to do that anymore,” he said. “And that’s the part that’s most difficult. I still want to play, but I don’t think it’s the right decision.”

Kuechly later added, “I think now is the right chance for me to move on. It makes me sad because I love playing this game, I’ve played it since I was a kid. It’s my favorite thing in the world to do. The memories I have from this place and this organization and being on the field with these guys—they’ll never go away.”

“In my heart, I know it’s the right thing to do.” pic.twitter.com/mSDyJ0iEMw

A hard hitting, physical linebacker Keuchly lead the league in tackles twice during his eight-year career after being drafted ninth overall in 2012. He finished in the top ten six out of eight seasons with Carolina and made the Pro Bowl seven times. He was named first-team All-Pro five times and was the defensive player of the year in 2013. Owner David Tepper told the team’s website, “Luke is a once-in-a-generation player and someone we want every member of this organization to emulate.”

It’s not hard to understand why Kuechly decided to walk away in his prime having suffered concussions in 2015, 2016 and 2017. CTE has effected many former players and there is no shame in hanging up your jersey to prevent yourself from sustaining possible future injuries. “What the research has taught us is that once you have had three concussions, especially over a relatively short period of time, you are at risk for a slower recovery and an increased risk for subsequent concussions,” Dr. Kevin Guskiewicz said in an Sports Illustrated article in 2017.

Regardless, Kuechly will go down as a Panthers’ legend and a player who demonstrated professionalism on and off the field.

Still the most polite mic’d up you’ll ever watch…
pic.twitter.com/MT7JSN70Yq