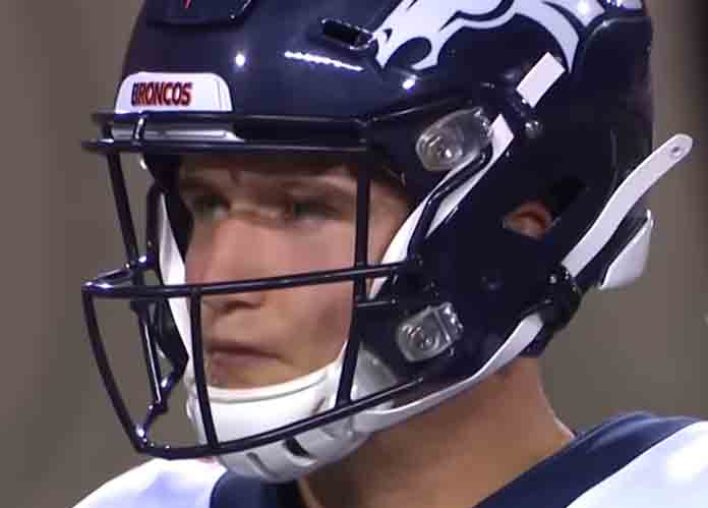 After a sixth-month period that always seems to take an eternity, NFL football returned Thursday night for the annual Hall of Fame Game. Those who tuned in to the meaningless — yet beloved — inaugural preseason game saw the Denver Broncos emerge victorious with a 14–10 win over the Atlanta Falcons.

Denver kicked off what turned out to be a low-scoring affair with a three–yard touchdown run from Khalfani Muhammad during the first quarter. With the running back’s room already headlined with last year’s Rookie of the Year candidate Phillip Lindsay, Muhammad continued his fight for simply a roster spot Thursday night, and finished with 50 rush yards alongside his touchdown.

The #Broncos’ Khalfani Muhammad takes it in from 3 yards out to get the scoring started this preseason!#PFHOF19 | #DENvsATL
pic.twitter.com/efgAIqoMtr

The Falcons answered during the second quarter, as Kurt Benkert tossed a one–yard touchdown pass to running back Brian Hill. Benkert showed potential to snag the backup role from veteran Matt Schuab with his overall performance, tallying up 185 yards while marching the team up and down the field with ease. Also during the second quarter, the first ever pass–interference challenge occurred on a long ball where Broncos defender Linden Stephens collided with Russell Gage, prompting Vic Fangio to throw a historic challenge flag. Although the ruling stood as game officials failed to find any conclusive evidence to issue a penalty, this long-awaited feature’s presence added some extra flavor to the game.

Benkert to Brian Hill for the TD pic.twitter.com/3fQOCC7YD1

The first challenge of a pass interference call.

Hear the explanation behind the call. pic.twitter.com/CPKoUDLE1u

After a third-quarter field goal from Giorgio Tavecchio, which pushed Atlanta out to a 10–7 lead, no further scoring occurred until the game’s closing moments. Giving fans an always entertaining two–minute drill, undrafted rookie Brett Rypien proceeded to march the Broncos towards the end-zone and eventually connected with Juwann Winfree, who made an incredible circus catch, on a 15-yard pass to score a game-winning touchdown.

Football is back and thank goodness.

Brett Rypien finds Juwann Winfree for the go-ahead score with under 2 minutes to go on 4th and long! #Broncos #HallOfFameGame pic.twitter.com/IBTJEM9Y6O

While Rypien shinned, the Broncos’ other rookie quarterback struggled. During a game in which he only seemed to connect on pass attempts such as check downs and slants, Drew Lock essentially missed every throw by a step or two during his debut. Lock finished with just 34 yards and a 68.0 passer rating.

With other further opportunities for players to either build on impressive performances or bounce back from poor ones, more preseason games await as the Falcons and Broncos take the field alongside the league’s other teams August 8th.