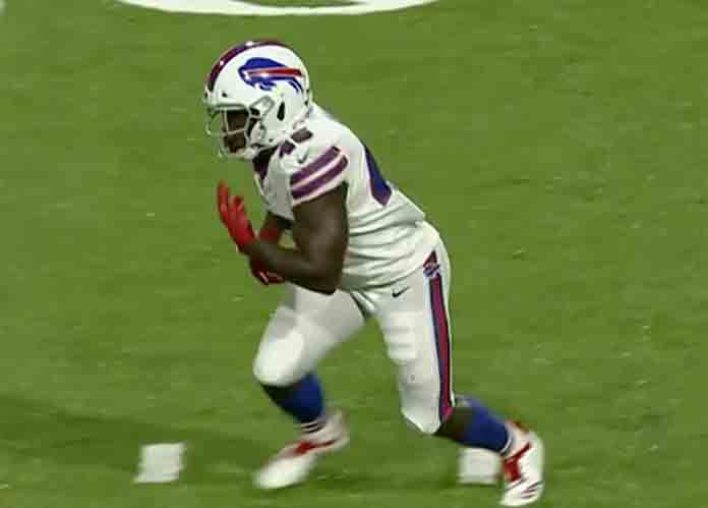 This offseason, the Buffalo Bills joined a long list cataloguing teams who’ve experimented with rugby players at the professional football level. However, they may ascend past all other teams this preseason as perhaps the first club to ever pull off the feat at a successful level.

Christian Wade joined the Bills for offseason workouts this summer to subject himself to the transition rather than sticking to rugby, the sport that made him famous across the pond. Wade, who currently holds the third-highest spot for most points scored at the Premiership Rugby level, brought the same competitiveness that he illustrated throughout his rugby career to Buffalo during their inaugural preseason bout.

After taking a handoff from Tyree Jackson during the fourth quarter of Thursday night’s 24-16 win over the Indianapolis Colts, Wade first dodged a blitz before executing between his tackles, and next burst out onto the open field and left a crowd of Colts jerseys far behind him as he crossed the goal line. Remarkably, it only took one touch for Wade to find success, as the touchdown run came on his very first rushing opportunity. Although the game’s meaninglessness caused his run to loose some gravity, it certainly contributed to the victorious effort from the team, as the scoreboard eventually flashed a 24–16 winning tally for the Bills while the clock ran down.

“Look at the Bills sideline, they are going crazy for their friend from England!” #GoBills | #INDvsBUF pic.twitter.com/divtxNcJp4

“I knew where I was going even before the ball came because they overloaded one side,” stated Wade while reflecting on his run after the game. “Then as soon as I got the ball I was off to the races. I was looking up at the screen to see if any of the linebackers or anyone was coming up behind me.”

“That’s what dreams are made of.”

Christian Wade scored his first touchdown in his first football game on his first carry after taking it 65-yards to the house.

Hear from the former rugby star on the play he and Bills fans won’t forget: @WGRZ
@TheBillsMafia pic.twitter.com/nTqExncndr

As a rugby player, Wade played as a winger for the Wasps RFC. He also participated at the international level, as he momentarily joined the English National Team during two separate occasions.

Although Wade surely impressed Buffalo’s coaching staff with his crowd-detonating play, multiple hurdles still lie before him as he aims to secure a roster spot. With a running back staff already loaded with players, including former All–Pro LeSean McCoy, third–round pick Devin Singletary, former starter T.J. Yeldon and a potential future Hall of Famer in Frank Gore, Wade certainly needs more performances that similarly reflect his on Thursday night to solidify himself on the team.

Look for Wade to carry his momentum into the team’s next preseason affair against the Carolina Panthers during the following week. 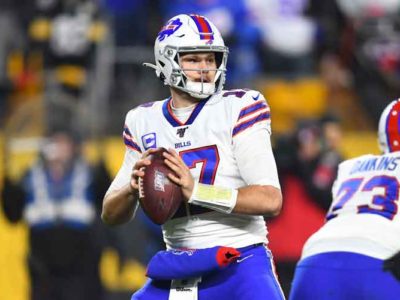