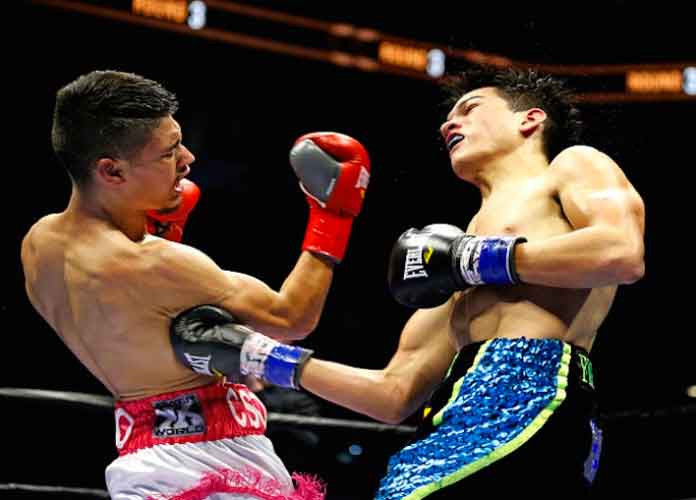 Brandon Figueroa may just have two years of boxing experience, but he already seems to have a good idea of what foods are the best for him to eat in order to gain just the right amount of weight.

“With weight, I honestly don’t struggle all that much, so I just have chicken, vegetables, rice… You know, just the regular boxer diet,” the 20-year-old fighter told uSports. “Weight for me is really easy.”

The 5-foot-8, 122-pound Figueroa is the younger brother of 2014 WBC lightweight champion Omar Figueroa Jr., who defeated Robert Guerrero in the main card of a Premier Boxing Champions event on July 15 at Nassau Veterans Memorial Coliseum.

The undefeated Brandon Figueroa (13-0-0, 9 KOs), a Weslaco, Texas, native nicknamed “Heartbreaker,” last beat Fatiou Fassinou via unanimous decision in an eight-round bout on July 15 at Nassau Coliseum. Over 57 rounds he has boxed in total, Figueroa boasts a 62 percent knockout rate.

A perfect night for the Figueroa family!