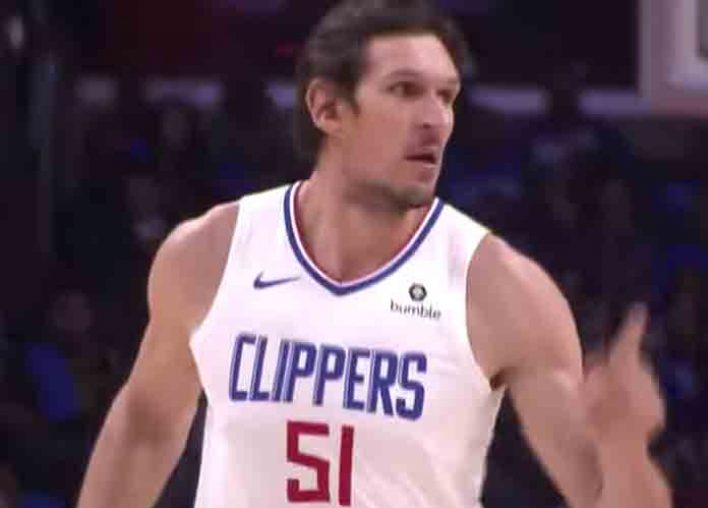 Los Angeles Clippers center Boban Marjanovic always amazes because of his height alone, but on Thursday night he wowed after completing a major dunk.

Early in the fourth quarter of Thursday’s 107-98 loss to the Denver Nuggets, the 7-foot-3, 291-pound Serbian took a Patrick Beverley pass after racing down the lane and landed a one-handed dunk. The most impressive part? He didn’t even have to jump to score it. He had to lift his feel slightly off the court, sure. But it appeared to be nothing more than a tiptoe.

Marjanovic, 30, quickly lit up NBA Twitter with his wild dunk, and dozens of fans also jumped on social media to comment on the moment, a replay of which was shared from multiple different angles.

Boban has had enough of these mortals pic.twitter.com/2fUyRYphRp

Marjanovic’s dunk was so ferocious that he damaged the rim and it had to be adjusted.

We can only hope that Marjanovic has a lot more of these moments throughout the season.