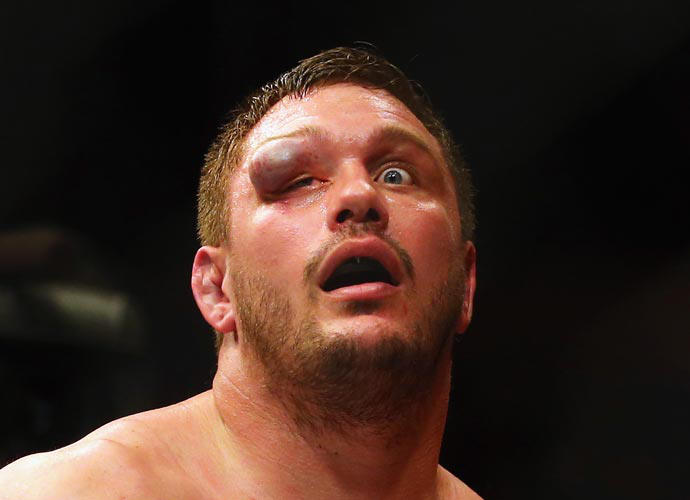 Bellator MMA is breaking out. There’s a combination of rising stars propping the company up. If you missed it, they recently completed their heavyweight world grand prix, with Ryan Bader defeating Fedor Emelianenko. But the real star is 21-year-old Mike Kimbel.

The blue-chip prospect tied a Bellator record in October when he knocked out Alex Potts in just six seconds. Check out Kimbel in action.

Tune in on @ParamountNet and simulcast on @DAZN_USA at 9/8c to find out! #Bellator215 pic.twitter.com/jZsL4CFcax

If shots like that entertain you, know Bellator doesn’t stop. On Friday and Saturday, Bellator Mixed Martial Arts will be at the Winstar Casino Global Events Center in Thackerville, Oklahoma on March 22. Tickets for the event start at $65.08 on StubHub.com. Then, the gladiators will head out to the Pechanga Entertainment Center in Temecula, California on March 29. Tickets are hot, starting at $112. Then, to kick off the month, the SAP Center in San Jose, California will host Bellator MMA on April 4. Admission ranges from $63 to $679. All prices are from StubHub.com.

For a preview of Bellator, check out the title match of its heavyweight world grand prix on the Bellator MMA website. Bellator 216 weigh-ins recently finished up and the action kicks off at 9:00 p.m. EST on February 16.

#Bellator216 weigh-ins are in the books! Catch all the action LIVE Saturday night on @dazn_usa 🇺🇸 and @skysports 🇬🇧! #BellatorWGP

The card will be broadcast live through the Bellator mobile app, Bellator.com, and on DAZN. Heavyweight fighters Matt Mitrione and Sergei Kharitonov will headline the night. Here’s the full card below:

We’re just a few hours away from #Bellator215 and here is your official fight card.

Go ahead, screenshot this and circle your picks! 😏👊

But don’t forget to tune in tonight at 9/8c on @ParamountNet and simulcast on @DAZN_USA. pic.twitter.com/xIITLvvp5B