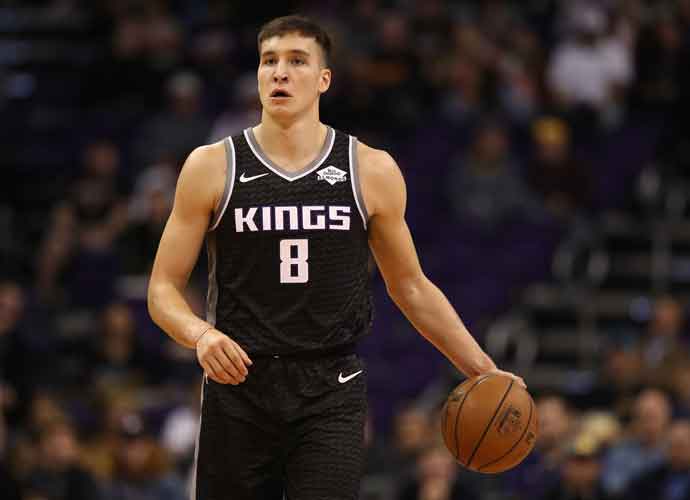 PHOENIX, ARIZONA - DECEMBER 04: Bogdan Bogdanovic #8 of the Sacramento Kings handles the ball during the first half of the NBA game against the Phoenix Suns at Talking Stick Resort Arena on December 4, 2018 in Phoenix, Arizona.

The Atlanta Hawks are continuing to build their roster with the addition of Bogdan Bogdanovic.

Initially, it was announced that Bogdanovic was going to join the Milwaukee Bucks in a sign-and-trade deal, but it fell apart. This prompted the NBA to start an investigation into the reported trade deal that was agreed upon because it occurred before teams could start talking to free agents.

The Hawks have signed Bogdanovic to a four-year $72 million year contract. Bogdanovic played for the Sacramento Kings and was a restricted agent. This allowed the Kings to match the Hawk’s contract offer, but they declined to do so.

For the Hawks, they gain one of the top catch-and-shoot three-point players in their roster. Bogdanovic averaged 15.1 points, 3.4 rebounds and 3.4 assists per game last season. The 28-year-old shot 37.2 percent from three-point range.

Bogdanovic joins the Hawks who are adding veteran players to build around their young players including young superstar Trae Young. So far, Atlanta has now added Danilo Gallinari, Rajon Rondo and Kris Dunn to their team this offseason. Rondo is one of the biggest addition as he is recently coming off from an NBA championship win with the Los Angeles Lakers. Rondo will add experience and is a great ballhandler and floor leader. While Dunn is a good perimeter defender. Both Bogdanovic and Gallinari are good to catch and shoot three-point players.