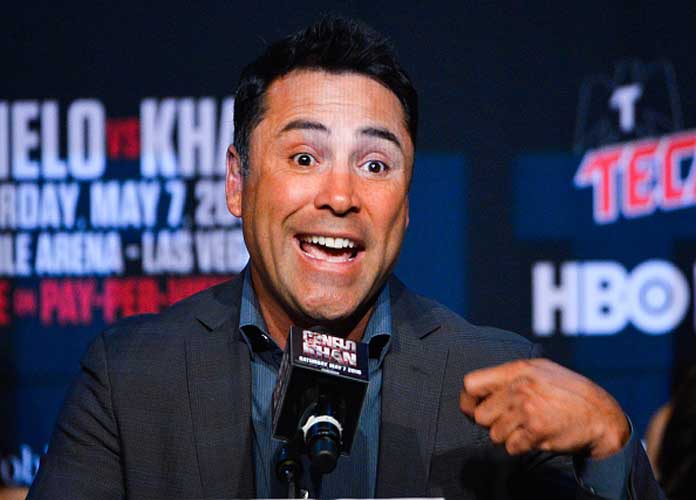 In recent months, there have been rumours of various retired boxers considering comebacks into the ring. Mike Tyson and Evander Holyfield are among some of the notables, but now boxing fans can add Oscar De La Hoya to the list of boxers considering making a return.

In speaking with The Ring, the 47-year old De La Hoya was asked about him making a comeback and whether or not he has considered it. “I’m really considering it,” he said. “It doesn’t matter. Anybody, anybody who is the best out there. I still have that mentality. It would be at 160. … If it’s at 154, maybe someone coming up from 147. Any top, top, top guy at 147. It doesn’t really matter.”

De La Hoya did mention that he has been training, but was nowhere near in fighting shape, but he would want to see how Tyson does in the ring before he steps back in. “I actually want to see what Tyson does first,” he said. “I have been working out, I have been training, I have been staying in shape. Obviously, I’m not in fighting shape yet to go 12 rounds. I’m sure I could get there. We’ll see. I want to see Tyson perform, see how his reflexes are, see if he can go past three or four rounds. We’ll see and then I’ll make my decision.”

In his career, De La Hoya was a world champion in six different weight classes, retiring with a 39-6 record, which includes 30 wins by TKO. There have not been any fights announced but there is potential for something by the end of year if the coronavirus pandemic is brought under control.