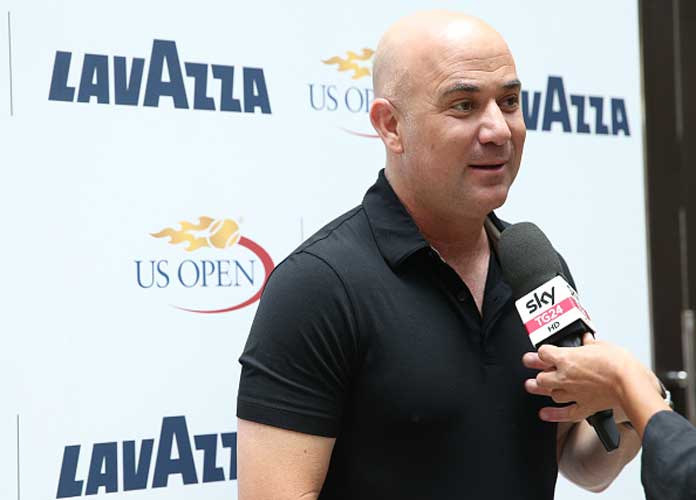 Novak Djokovic has revealed that he will begin his French Open title defense next week with eight-time major champion Andre Agassi as a mentor.

The Serb, who turned 30 on Monday, has struggled to regain his form since finishing the career Grand Slam of all four majors at Roland Garros in 2016. Djokovic, the World No. 2, announced Agassi would be his coach following a 6-4, 6-3 loss to 20-year-old German Alexander Zverev at the Italian Open in Rome on Sunday.

“I spoke to Andre the last couple weeks on the phone, and we decided to get together in Paris,” Djokovic said in a press conference Sunday after his clay-court defeat to Zverev, which came in an hour and 21 minutes.

Djokovic clarified, however, that he and Agassi had not made any sort of long-term deal to work together, and that the 47-year-old American would only be by the Serbian tennis star’s side for a few matches.

“We don’t have any long-term commitment, it’s just us trying to get to know each other a little bit,” the 12-time Grand Slam champion said. “He will not stay the whole tournament. He’s going to stay only to a certain time, and then we’ll see after that what’s going to happen.”

One of Djokovic’s former coaches, three-time Wimbledon champion Boris Becker, praised the Serb’s hiring of Agassi as a great decision. Becker, a German former World No. 1, left Djokovic’s coaching camp after a three-year tenure by the Serb’s side.

Excellent choice from @DjokerNole for bringing @AndreAgassi into his team ! Wishing both lots of luck in the future together!

Earlier this month, Djokovic — whose wife Jelena is pregnant with their second child — announced he had parted ways with his entire coaching team, including his tennis coach of seven years Marian Vajda. Djokovic’s staff had been beside him since he won the first of his 31 Masters titles in Miami at the age of 19.

“Andre is someone that I have tremendous respect for as a person and as a player. He has been through everything that I’m going through,” Djokovic said. “He understands the game amazingly well. I am enjoying every conversation that I have with him. Also, he’s someone that nurtures family values, philanthropic work. He’s a very humble man, very educated. He’s a person that can contribute to my life on and off the court a lot. I’m very excited to see what is ahead of us.”

Agassi also revealed his admiration for Djokovic after the Serb fell to American Sam Querrey during the third round of Wimbledon in July 2016.

“Anybody that knows me, knows that I think he should win everything all the time,” Agassi told CNN in July. “That is how he separated himself from everybody. Wimbledon was a surprise, I don’t know the reason. He’s so good that I can actually make the statement that there’s got be a reason why that happened. There just got to be.”

The American legend continued: With that being said, you’ve got to be doing it every day. You can’t have a bad day. I used to have plenty of them. It seems like if he has one of them, it’s shocking. So you hope they don’t happen in the biggest moments. But I do think that he is that much beyond his peers that if he can just pull it together a little bit he’ll be back on top in a hurry.”

Djokovic acknowledged his mediocre performance after losing to Zverev in Rome and lauded the young German — who recorded seven aces on Sunday — for gradually increasing his status as a major tennis star.

“He’s making his mark already,” Djokovic said of the 16th-seeded player, who has now moved into the ATP top ten. “He played great, served great. His backhand was very fast and solid, not many errors at all and a big serve. It was a perfect performance. I played very poor today.”

The French Open, from which Maria Sharapova has been banned due to doping violations, begins on May 28 in Paris.