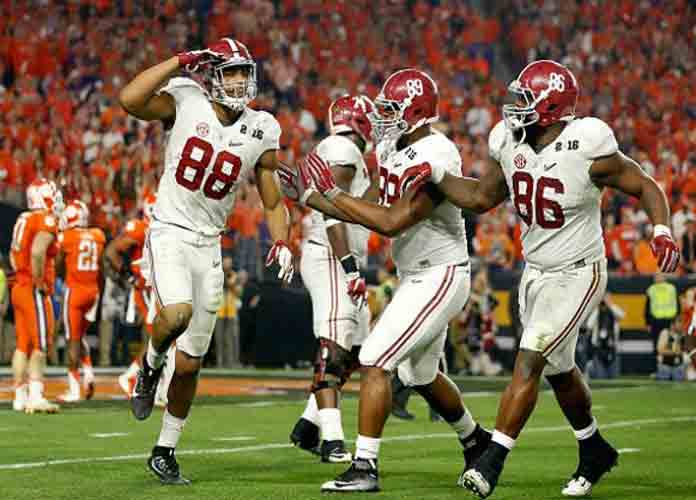 A bit of a hangover has hit college football.

After three straight years of a Clemson (No. 2) versus Alabama (No. 1) national championship game, ticket prices for the title game have plummeted.

It could be due to a number of reasons. Maybe it stems from this being the fourth consecutive matchup of those two teams. Some are pointing fingers at the location of the game: Levi’s Stadium in Santa Clara, California. The game will be thousands of miles away from either campus and in a market that lacks die-hard college football fans. The San Francisco 49ers‘ move to Levi’s Stadium initially drew loads of criticism.

“It’s sort of a perfect storm of factors at play this year,” said Jesse Lawrence, the founder of TicketIQ, a secondary ticket market. “It’s a big ask for fans to come, and that’s why we’re seeing the prices the way they are.”

Tickets for the game carry a face-value of $475. On TicketIQ, they’ve now dropped down to $135. StubHub has listings as low as $115. Parking passes for the game are over half the price of the tickets.

The location of the game was originally picked to help broaden the fan base of the sport at a college level. Though California and Stanford struggle to draw big crowds and the Pac-12 Championship has to cover up empty seats with tarps each year, officials moved the title game out of the South for the first time ever.

The last time a West Coast team played in the national championship was back in 2014, the first year of the playoff system. Oregon lost 42-20 to Ohio State.

Alabama and Clemson are an average of 2,428 miles away from the stadium. According to TicketIQ, that’s the largest distance from a game site since they first began tracking the stat in 2011. When Alabama and Georgia played a year ago in Atlanta, tickets cost an average of $3,046.

The CFP title game will be held Monday at 8 p.m. EST and will air on ESPN.