A Look At The NFL Training Camp's Quarterback Battles - uSports.org 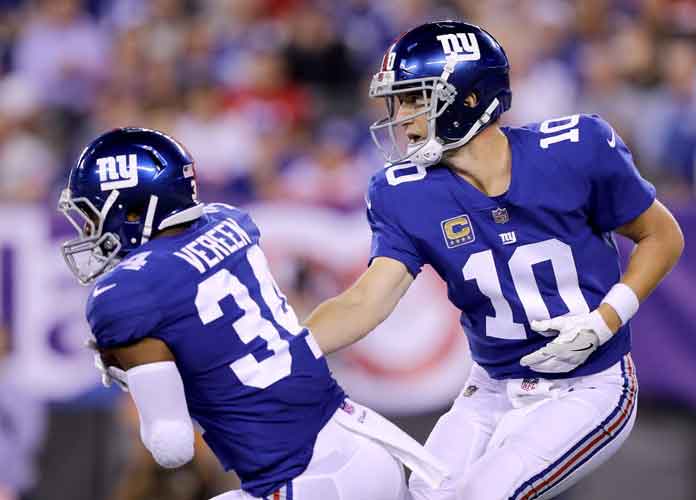 A Look At The NFL Training Camp’s Quarterback Battles

It’s that time of the year again. With the summer’s heat pounding down and the upcoming season’s pressure adding weight as well, the NFL’s backbreaking training camps commenced this week. As the season nears closer, players now look to solidify themselves apart their respective teams, coaches aim to mold rosters into winning squads, and fans trip over each other for autographs. With all the madness well in motion, take a look into camp and its most intriguing component, the quarterback competitions.

As the quarterback continues to hold the title as the most important position on gridiron, the battles to attain that starting job carry extreme gravity. Across the board a “young vs old” battle commences for multiple clubs this week. NFC East teams such as the New York Giants and the Washington Redskins both added quarterbacks in this draft, Daniel Jones for New York and Dwayne Haskins for Washington. DJ faces off against an aging, but still two-time Super Bowl MVP Eli Manning. Meanwhile, Haskins battles journeyman Case Keenum.

For Haskins, his 50 touchdowns caught Washington’s eyes draft night. However, experience obviously favors Keenum over Haskins. Although last year served as a blemish upon his record as the Broncos missed the playoffs once more, Keenum lead the Minnesota Vikings to the NFC Championship and remained within the MVP conversation throughout the year prior to that.

Joe Thiesmann says Case Keenum should start at QB for the #Redskins. Also said that Gruden should be the only person determining when Haskins plays. Sounded like he would be okay redshirting him.
In 2019. Great interview.

When the Giants took Jones at number six overall, greater criticisms came alongside him than Haskins, as many believe the Giants selected the Duke product far earlier than necessary. At the colligate level, Jones posted an admirable 131. 7 passer rating, however his case mirrors Washingtons’s, as Manning holds an experience based advantage. But with his decline becoming clear and the team’s apparent faith regarding Jones, it’s a more of a matter of “when” than “if” Jones replaces Manning.

After the Arizona Cardinals pulled the trigger to select Kyler Murray first overall, the team’s prior first round pick lost his footing with the team, as they promptly traded Josh Rosen to the Miami Dolphins. In Miami, Rosen opposes veteran journeyman Ryan Fitzpatrick. Although faltering during the season’s second half, Fitzpatrick threw the ball with the best of ‘em during his first games while playing for the Tampa Bay Buccaneers. The gunslinger also put up noteworthy numbers four years ago while playing for the New York Jets, throwing for 3,905 yards. Rosen struggles appeared evident his rookie year with Arizona. Paring an 11 touchdowns to 14 interceptions, he eyes a fresh start, hoping to prove his worth as the former 10th overall pick.

Day 1 of Ryan Fitzpatrick vs. Josh Rosen. Fitzpatrick got the first go with the starting offense. Let the best man win. pic.twitter.com/LXpSRMW4oK

Out West, Joe Flacco enters a bout with another rookie, Drew Lock. The ex–Missouri Tiger owned an impressive 28/8 touchdown to interception ratio last year, warranting the Broncos to select him with the 42nd overall pick. Before injury, last year Flacco earned a mediocre 84.2 passer rating. Now healthy, he looks resurge back into a starting role. Flacco, who once marched the Baltimore Ravens to a Super Bowl title, looks to avoid another rookie outperforming him for the second season, as Lamar Jackson’s emergence last year for Baltimore basically sent him packing.