76ers' Joel Embiid Doubtful For Game 5 Against The Wizards - uSports.org 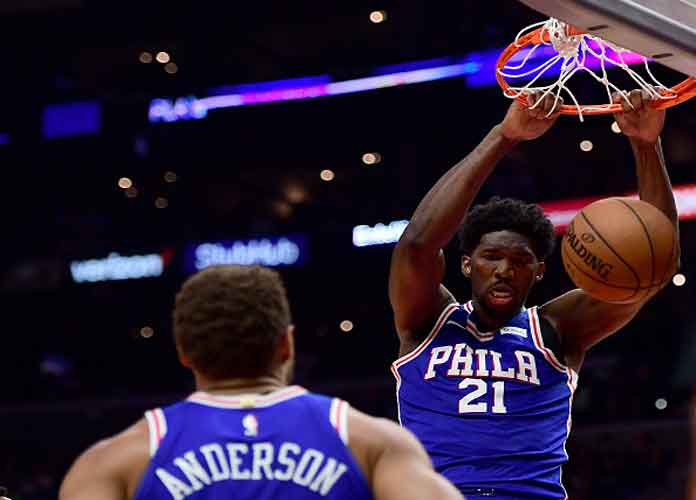 Philadelphia 76ers star Joel Embiid is doubtful to play in Wednesday’s Game 5. The All-Star is currently doubtful with right knee soreness. The same injury sidelined him during Monday’s Game 4 loss to the Washington Wizards.

Embiid suffered the knee injury during the first quarter of Game 4. The All-Star drove to the basket and was blocked by Wizards’ center Robin Lopez. As Embiid came down, he landed awkwardly and fell on his backside.

The All-Star stayed in the game but was in visible discomfort, holding his lower right back area. Embiid checked out of the game with 36.5 seconds left in the first quarter, then headed into the locker room for further evaluation. He was officially ruled out at halftime.

Embiid had an MRI on his right knee Tuesday and is expected to undergo further evaluation Wednesday. 76ers team doctors were confident that the injury is not serious and has no negative long term impact on the All-Star. However, Embiid is listed as doubtful to play on Wednesday for the team.

Philadelphia was on the brink of sweeping Washington prior to Embiid’s injury, but without the All-Star center, the team was unable to close out the Wizards. Washington was able to defeat Philadelphia on Monday to stave off elimination. The Wizards were able to sneak away with a 122-113 win on Monday by hacking Ben Simmons. Washington took advantage of Simmons’ poor free throw shooting. Simmons went just 5 of 11 from the charity stripe.

Now Philadelphia has another chance to eliminate Washington on Wednesday night. Game 5 is a home game for the Sixers so the crowd should help get the team going, even if Embiid is unable to suit up. That being said, Philadelphia has to prepare for the Wizards’ strategy of hacking Simmons. If the Wizards do indeed employ that strategy, we could be looking at a Game 6 if Simmons is unable to knock down his free throws.

One thing is for certain; the 76ers can’t wait to get Embiid back on the court.