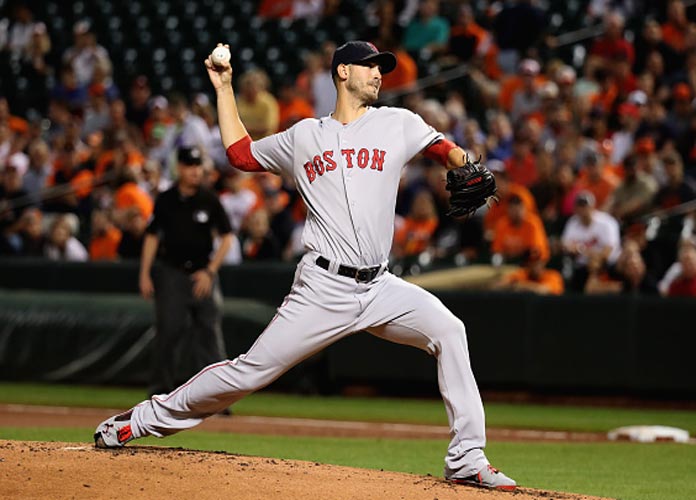 The Boston Red Sox are the best team in MLB right now, and even their rival team’s manager Aaron Boone is admitting it.

The Red Sox (79-34, .699) are coming off a four-game sweep of the Yankees (69-42), who are nine games behind Boston for second in the AL East, after being caught for weeks in a tight race for the best record in the majors.

“There’s no question that they’ve established themselves right now as the best team in this league,” Boone said of the Red Sox after the series sweep at Fenway Park.

Boone is right. Not only are the Red Sox on a roll, they are having a historically great season. Since the All-Star break, the team has won 11 out of 15 games. Boston’s longest losing streak thus far in 2018 has been three games, and it came in April. This is particularly impressive given that first-year manager Alex Cora — a former infielder for the team — became the leader of a team that last fall was suffering from several front office and clubhouse issues following the departure of Cora’s predecessor John Farrell.

Besides the Yankees, the only other team with a record and win percentage even remotely close to the Red Sox are the defending champion Houston Astros (72-42, .632).

Boone insisted that the Yankees’ series loss to the Red Sox won’t define them.

“We will not. We’re too good,” Boone said of the sweep. “This is a test we’re going through right now, there’s no question.”

According to the Boston Globe, the Red Sox are one of 18 MLB squads since 1900 to win 79 or more of their first 113 regular-season games. Of the first 17 franchises, 15 reached the World Series and nine won the national title.

The Red Sox next visit the Toronto Blue Jays on Tuesday night for the opener of a three-game series. Boston will be on the road for its next nine contests.