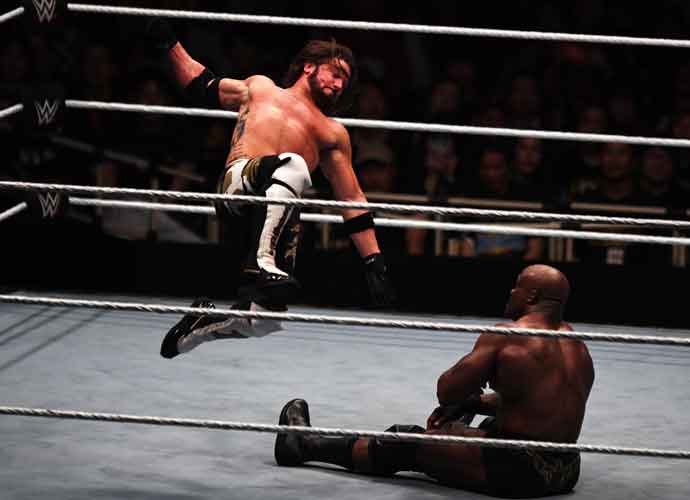 WWE WrestleMania 37 is almost here! Considering the ups and downs of the last year, this should be one of the most memorable events in wrestling history. WrestleMania 36 was forced to take place at an empty WWE Performance Center due to the COVID-19 pandemic. This year, fans will be allowed at a limited capacity.

WWE WrestleMania 37 will kick off on Saturday, April 10 and Sunday, April 11 at Raymond James Stadium in Tampa Bay, Florida. Let’s take a look at the confirmed matches.

McIntyre defended the WWE championship inside the Elimination Chamber, however, his celebration was cut short when Lashley suddenly unleashed a post-match beatdown that allowed Miz to cash in his Money in the Bank briefcase and win the title.

Just eight days later, Lashley dominated Miz, and two weeks later, it was announced that McIntyre would challenge Lashley for the title on the card. McIntyre hopes to become a three-time WWE Champion on The Grandest Stage of Them All.

Sasha Banks will put her title on the line when she goes up against Bianca Belair in WrestleMania 37. Banks and Belair teamed at Elimination Chamber to challenge for the women’s tag titles but lost when Reginald interfered in an attempt to give Banks the edge. They will again team together to challenge for the titles at Fastlane, but after that, we’ll be gearing up for what has the potential to be one of the best matches on the biggest card of the year.

Belair may be oozing confidence after her herculean Royal Rumble Match victory, but don’t forget that she yet to earn championship gold in WWE. Will she finally earn that ever so elusive victory at WrestleMania 37, or will Banks continue to prove exactly why she is the champ?

WrestleMania 37 is going to be a great event, and a much needed turn to somewhat normal sporting events, as fans will finally be able to watch the mayhem live!