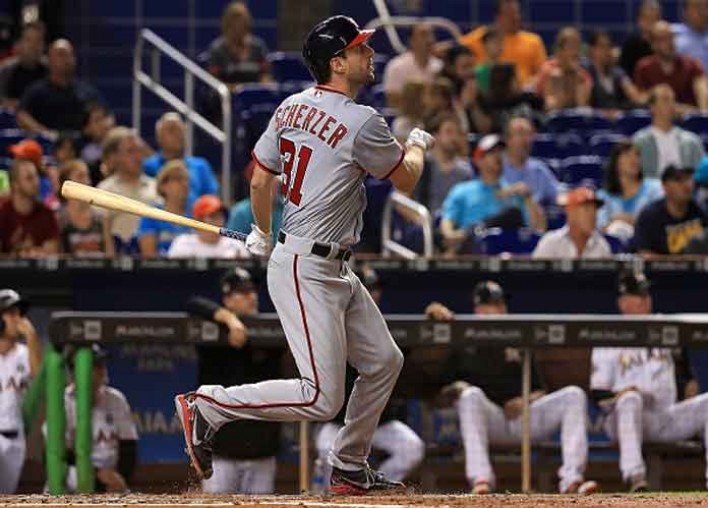 Max Scherzer #31 of the Washington Nationals

Of course this series went to seven games. It’s the perfect ending to a long journey for both the Washington Nationals and Houston Astros. After losing three straight in their home park, the Nationals won their third game in Houston to tie the series 3-3.

It all comes down to a winner-take-all game seven to decide a World Series victor. While the Nationals could only manage three runs in three games in Nationals Park, they notched seven against Houston in game six. This is the first time ever the road team has won six of the seven possible games in the World Series.

The Nats at this point sound like a team of destiny. After 50 games, Washington was 19-31 and without a trace. Ever since, they’ve invaded their way to the playoffs, somehow defeating the Brewers in the wild-card when all odds were against them. Down two games to one in the NLDS, they found a way to defeat Los Angeles with all odds against them.  They swept a Cardinals team that looked better than them the series prior. Now, after losing three straight, they found the fight to continue winning in a hostile environment and look to win game seven with all odds against them.

The Astros path here looks vaguely similar to its 2017 run as they hope to finish it the same way. They downed an AL East opponent in the ALDS (Red Sox in 21, Rays in 2019) and then defeated the Yankees again in the ALCS to find their way into the World Series. They beat the Dodgers in seven games then and hope to defeat the Nats in seven tonight. If it sounds like there wasn’t much drama in the Astros path, that would be because the Astros are the overdogs. They’re supposed to be here, winning every series.

The Westgate Las Vegas SuperBook opened the Astros as the favorite for game seven, priced at -140.

Despite the paths each team took to get here, it all comes down to one last game in Houston. Max Scherzer will take the mound tonight for the Nationals while Zack Greinke will pitch for the Astros tonight at 8:08 p.m. EST on FOX.

A long 162 game season led up to this moment. Only one game matters now: Game Seven.