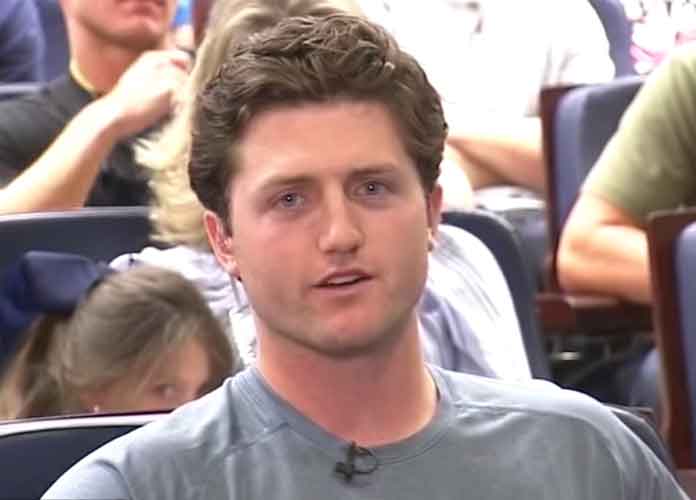 Who is Pitcher Casey Mize, Detroit Tigers’ No. 1 Overall Pick In 2018 MLB Draft?

Pitcher Casey Mize was selected as the top overall pick in the MLB draft on Monday, and is moving from one team of Tigers to another.

The Detroit Tigers selected the 21-year-old right-hander out of Auburn. Mize reportedly rotates frequently between four different pitches — a fastball, a splitter, a slider and a cutter — and has an impressive strikeout-to-walk ratio, according to ESPN.

Mize admitted that making it to the major leagues — and especially being chosen as the top draft pick — was something completely unexpected to him up until recently.

“People ask me a lot, ‘Is it your dream to get to the big leagues?'” Mize told Anthony Fenech of the Detroit Free Press. “I’m like, ‘Yeah.’ Is it your dream to be the No. 1 overall pick?’ I’m like, ‘No.’ Never in a million years did I think that would be an option, and so when I was growing up, that was never a goal or anything.”

In Auburn’s College World Series on Saturday, Mize pitched seven strong innings in a 12-1 rout of Army in Raleigh, North Carolina. On Sunday, Auburn defeated North Carolina State 15-7. The Tigers will thus advance to a Super Regional for the second time in team history.

“You have to have a little something to make it to the highest level,” Auburn coach Butch Thompson told ESPN of Mize. “Casey has just been so impressive. You look at how he handled last year when it really started looking like, ‘Hey, this is a dude.’ He cares about where his feet are planted. He’s done a good job of caring about Auburn. There have been guys who’ve gotten so sidetracked and distracted by this kind of thing, I think it would sweep the average bear off his feet.”

Mize is the first pitcher to be drafted first overall to an MLB team since the Tampa Bay Rays selected current Boston Red Sox ace David Price in 2007.

Rounds 3-10 of the MLB Draft were held Tuesday at 1pm EST, and rounds 11-40 will be held Wednesday at noon EST.

After Firing Of GM Al Avila, What’s Next For Detroit Tigers?