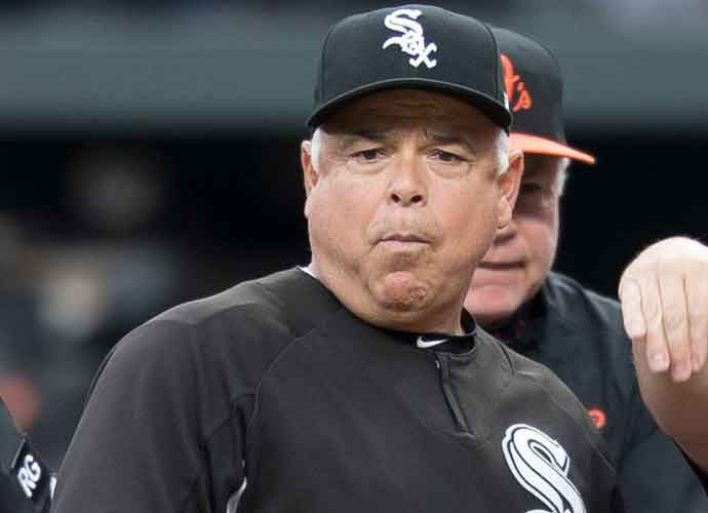 Chicago White Sox manager Rick Renteria, 58, reportedly woke up on Monday with COVID-like symptoms and promptly got tested. Thankfully for himself, his team and the league as a whole, his test results came back negative for COVID-19 and is expected to return to the dugout in time for his team’s games on Tuesday. The White Sox released a statement saying, “Manager Ricky Renteria awoke this morning with a slight cough and nasal congestion,” the team said. “After consulting with our team doctors, Ricky underwent precautionary testing today at a Cleveland hospital. Out of an abundance of caution, Ricky will remain at the team hotel and not manage until we receive confirmation of today’s test result. Bench coach Joe McEwing will manage the White Sox during Ricky’s absence.”  In what has been a very trying first week for the MLB restart with 14 Marlins players and staff testing positive for COVID-19 just two games into the 60-game regular season.

This is obviously a bullet dodged for Renteria and the White Sox and the league as a whole. With the Marlins outbreak and other concerns from players about the restart, it feels like professional baseball is hanging by a thread and any more bad news at this delicate point could truly be the difference between baseball being able to finish out its season or it getting shut down before it even gets the chance to get fully restarted. The league and commissioner Rob Manfred have taken a lax approach to the news of these potential outbreaks, but with this rising tension about the viability of the league going forward, they should probably take a more hands-on approach if they want to see the games continue.