What Should The Boston Celtics Do At The NBA Trade Deadline? - uSports.org 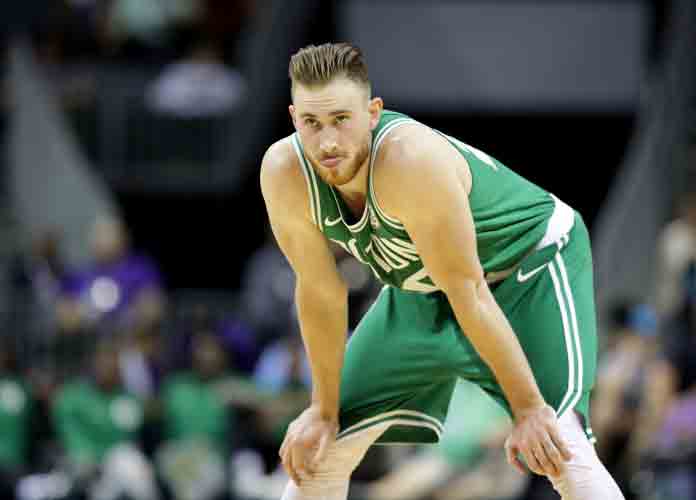 CHARLOTTE, NC - OCTOBER 11: Gordon Hayward #20 of the Boston Celtics watches on against the Charlotte Hornets during their game at Spectrum Center on October 11, 2017 in Charlotte, North Carolina.

What Should The Boston Celtics Do At The NBA Trade Deadline?

When LeBron James left the Cleveland Cavs to head out West, it seemed like there was a clear successor to his reign in the East.

The Celtics had just taken LeBron to seven games as their two new shiny toys, Gordon Hayward and Kyrie Irving, were sidelined. If Al Horford and young wings Jayson Tatum and Jaylen Brown could carry this team here, you could only imagine what they’d do with Hayward and Irving. But it appears they didn’t mesh right. They have six players averaging over ten points.

Terry Rozier and Marcus Smart are stuck behind Irving, and Tatum and Brown suddenly aren’t in control since Hayward’s come back. But Hayward’s return hasn’t helped the team at all. He’s a shell of himself, suffering from an injury that could take him years to recover from. When he’s on the court, it hurts the team simply because it forces two of their young stars off. Though Irving has averaged 23.8 points, seven assists and 4.9 rebounds, he can’t carry this team alone. He’s missed a handful of games from injuries that the wear and tear has created. In the last year of his contract, the enigmatic star has become frustrated with Boston as coach Brad Stevens struggles to find a rotation that works. Despite being the most talented team in the league, the Celtics are the No. 3 seed in the East with a 34-19 record.

The February 5 trade deadline arrived on Tuesday. Passing the Raptors and the Bucks seems unlikely with the current roster. Holding off Philadelphia feels impossible. The biggest trade deadline sweepstakes, New Orleans Pelicans star Anthony Davis, is out of reach unless they wanted to move Irving. Due to the Rose rule, the two stars can’t be on the roster together because of their contracts and the rookie max designations on each. Without Irving, there’s little chance Davis is anything more than a year-and-a-half rental for Boston.

Memphis Grizzlies stars Mike Conley and Marc Gasol are on the block. Kent Bazemore and Thon Maker seem ready to be moved. Though none of those pieces are realistically worth the asking price, overpaying could ultimately be a good thing for the Celtics. It would help clear up the positional logjams they have. The change could even shake up the locker room chemistry issues that are popping up now. A move seems unlikely now on the day of the deadline but a move also could save the season. If there’s anyone who could do it, Danny Ainge is the one.