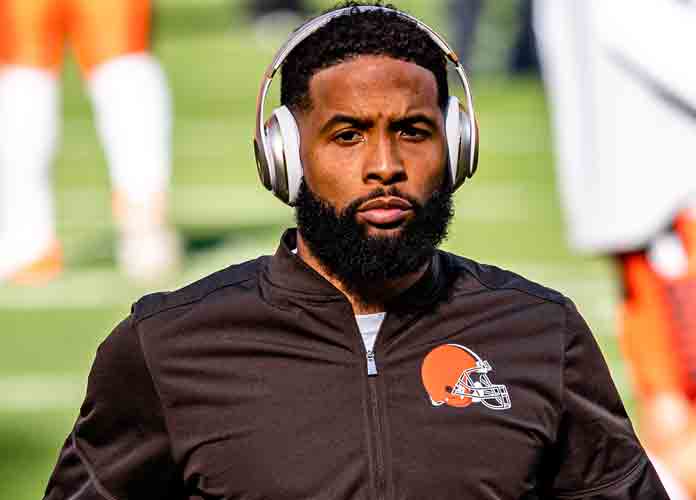 Odell Beckham Jr. with the Cleveland Browns in 2019

During the halftime show for game six between the Toronto Raptors and the Boston Celtics analyst and former player Jalen Rose was caught asking Stephen A. Smith if he had heard about the rumors regarding NFL wide receiver Odell Beckham Jr.‘s, uh, preferences… that you can look into yourself because they will not be repeated here.

Jalen Rose just asked Stephen A “Did you hear about Odell Beckham” when he thought they were on commercial 💀 pic.twitter.com/w7HeH0EqNX

I’m a big fan of Rose, and it was clearly an accident since he thought they were at commercial, but this gave me, and many others, a good chuckle during what had been an intense game.

Beckham likely was not happy about this, but he has been catching flak from the internet all week, so I doubt this was all that hurtful to him. He may be one of the only people that will benefit from no fans in the stands this upcoming Sunday because no matter how ruthless the internet can seem, they do not hold a candle to professional football fans.