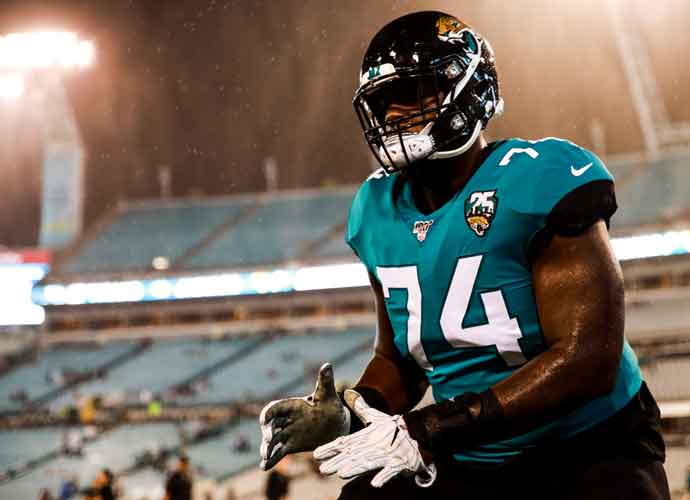 JACKSONVILLE, FLORIDA - SEPTEMBER 19: Offensive lineman Cam Robinson #74 of the Jacksonville Jaguars practices in the pouring rain before facing the Tennessee Titans at TIAA Bank Field on September 19, 2019 in Jacksonville, Florida.

During Thursday night’s game against the Miami Dolphins, Jacksonville Jaguars guard and former second-round pick Cam Robinson was ejected for making aggressive contact on an official. After reviewing the video of the ejection, the ruling seems more than questionable. In the video, it appears like Robinson was at the bottom of a scrum, and an official that he could not see grabbed his arm. Robinson in turn flung his arm away, probably thinking it was a Dolphins player, and promptly got ejected.

Cam Robinson (#74) ejected for making contact with an official. pic.twitter.com/7NHiYAxdSg

Knowing the NFL, this will be the end of this story since they won’t apologize to Robinson, but if they continue making decisions like this, there could be a more high-profile ejection in a more important game – with worse consequences!