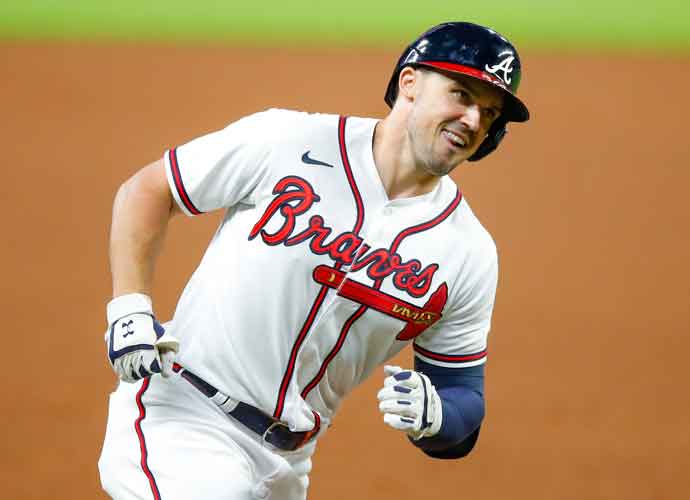 ATLANTA, GA - AUGUST 17: Adam Duvall #23 of the Atlanta Braves rounds third after hitting a two run home run in the ninth inning of an MLB game against the Washington Nationals at Truist Park on August 17, 2020 in Atlanta, Georgia. (Image: Getty)

In an unprecedented offensive explosion, the Atlanta Braves made history on Wednesday night during their game against the Miami Marlins by driving in a National League record 29 runs. Braves’ Adam Duvall had a career night scoring in nine runs with three homers, one being a grand slam.

“Pretty amazing,” said Freddie Freeman, who drove in six runs with three hits, including a two-run homer. “Hard to put into words, really, when you look up and see 29 runs on the board.”

The Braves had 23 hits, including seven homers, to score the most runs in their history in Boston, Milwaukee and Atlanta. They topped the old record of 23 runs. Duvall’s enormous night came exactly a week after he hit three home runs in a game in Boston. The Braves (25-18) are number one in the NL East standings, and this performance could give them the extra boost that they need in order to try to make a deep playoff run with the October Playoffs just weeks away. “I’ve known that homers come in bunches but something like that is pretty special,” Duvall said. “I’m going to enjoy this one tonight.”